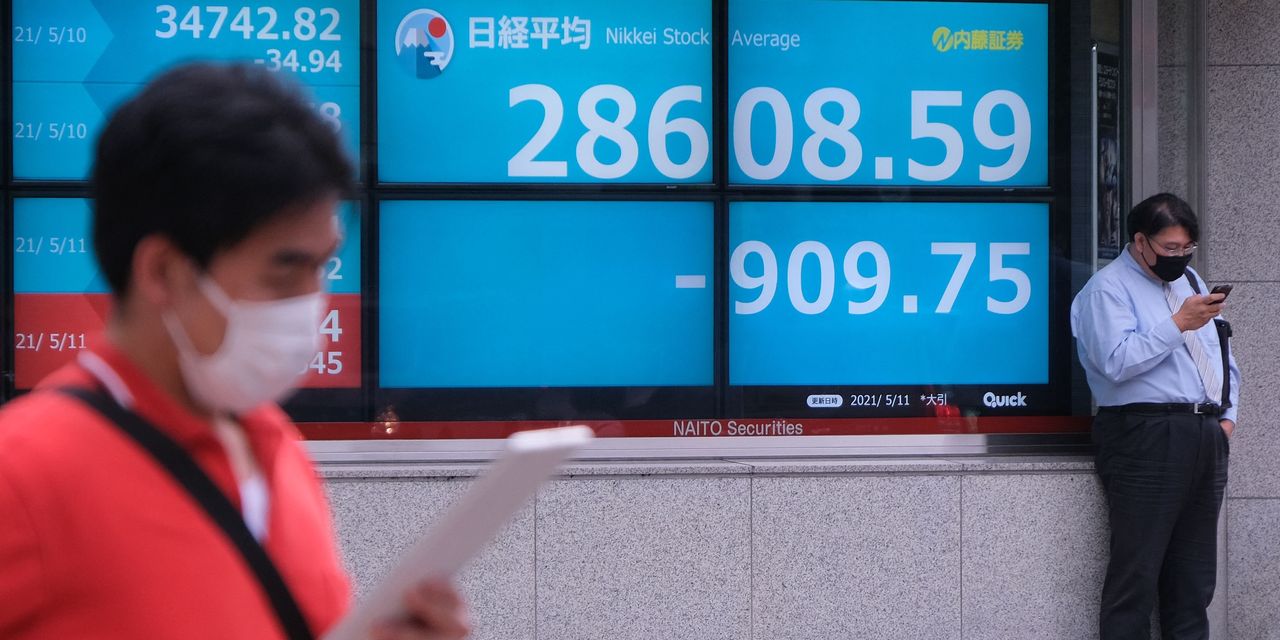 Investors around the world retreated from stocks Tuesday, with a selloff in technology companies spreading to other sectors as concerns about inflation dragged U.S. indexes down for a second consecutive day.

The Dow Jones Industrial Average tumbled nearly 475 points as investors pulled back bets on many of the financials, industrials and energy stocks that have outpaced the broader market this year. The fall marked the blue-chip index’s steepest one-day decline since late February when worries about a sharp rise in bond yields blunted momentum in the stock market.

Concerns about rising inflation have loomed over markets for much of this year as the U.S. economy has heated up, boosted, in part, by pent-up demand and government stimulus. Fears about a sustained jump in inflation have weighed on growth stocks, including those in the tech sector, while cyclical shares have climbed on expectations of a full economic reopening.

On Tuesday, however, that trade reversed, as stocks ranging from Home Depot to Chevron to American Express pulled back 2.6% or more, dragging the Dow down. Only two companies in the index of blue-chip stocks finished higher. The index closed at 34269.16, falling 473.66 points, or 1.4%.