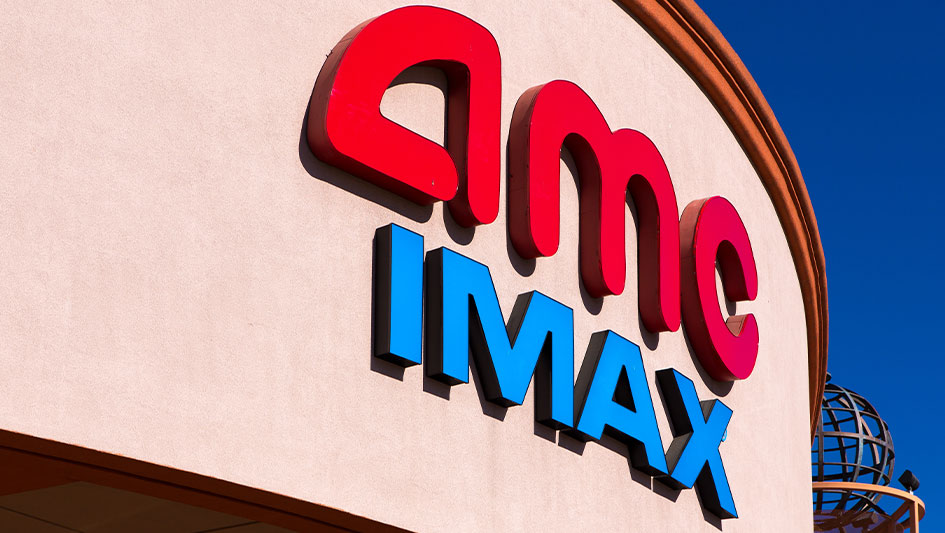 AMC stock launched more than 300% higher on Wednesday — but then tumbled after-hours — in a chaotic day for a few heavily shorted stocks that have become a battleground for smaller investors and bigger ones betting those stocks will drop.


The stratospheric rise and fall of those stocks, which occupied a large chunk of social media on Wednesday, took on increasingly populist tones. And they raised questions over who — be it hedge funds shorting the stocks or the people on Reddit helping directly or indirectly to drive them higher — had the right to move markets.

Shares of movie theater operator AMC Entertainment (AMC), ailing due to coronavirus-related shutdowns, closed up 301% at 19.90 in the stock market today. But that stock, along with video game retailer GameStop (GME), which saw a 135% pop during the regular session, both slid late Wednesday.

The gains arrived after retail investors, encouraged by multitudes of anonymous users of the Reddit board r/WallStreetBets, banded together to send AMC and GameStop, another heavily shorted stock, on a moonshot run this week, shredding bets for a decline in the process.

The after-hours slide for both stocks, however, came after r/WallStreetBets became a private page later that day. A message on the page cited “technical difficulties” due to a surge in interest and potential difficulties in moderating the forum. Nonetheless, later in the evening, the site was accessible.

The chat app Discord also said it removed the WallStreetBets server and its owner, saying they continued “to allow hateful and discriminatory content after repeated warnings.” Discord, in its emailed statement, said the ban was not due to “financial fraud related to GameStop or other stocks.”

Virgin Galactic (SPCE) and BlackBerry (BB), which have also been targets of earlier short interest, continued rallying Wednesday, up 10% and 33%, respectively during regular hours. Retail chain Bed Bath & Beyond (BBBY), another such stock, catapulted higher this week as well. Those stocks all fell after hours.

Before the theater chain’s leap on Wednesday and Discord’s crackdown, people on r/wallstreetbets’ Discord server “spent hours creating memes and spamming AMC emoji in an effort to convince thousands of people to buy AMC stock,” according to the Verge. Before the group’s Reddit board went invite-only, mentions of “AMC” — sometimes paired with rocket ship and popcorn emojis — littered its daily discussion thread.

AMC stock had stretched as high as 20.36 earlier in the day in massive volume. More than 1.1 billion shares exchanged hands, far above normal levels. The company had around a quarter of its outstanding shares in short interest. Trading in AMC stock was halted several times during the day.

As larger investors took short positions in those several stocks — or a bet that shares would fall — smaller investors piled in with the intent to drive those stocks higher. In doing so, the individual investors hoped to upend the larger investors’ bets and force them to scramble to cover their losses, in turn pushing share prices even higher.

“This has captured the attention of America, and every trader and non-trader alike,” Andrew Left said in a video. He latter added: “I’m fine.”

The conversation about the stock action made its way to Washington, where White House Press Secretary Jen Psaki said the administration’s economic team was “monitoring the situation.” The Securities and Exchange Commission, in a brief statement, said it was “aware of and actively monitoring the on-going market volatility in the options and equities markets” and “working with our fellow regulators to assess the situation.”

TD Ameritrade, in an email on Wednesday, said it had placed restrictions on “some” transactions in GameStop stock and other securities. The trading platform said such restrictions could include higher margin requirements, and limiting short sales and other transactions.

“We have been adjusting our requirements for several days as we continued to see trends indicating unusual volume in an unprecedented market environment, which appear to be divorced from traditional market fundamentals,” the company said.

Earlier in the day, Charles Schwab (SCHW), TD Ameritrade’s owner, tweeted that due to a “technical issue, some clients are experiencing issues with online trading.”

Charles Schwab did not respond to a request for comment. Neither did ETrade, another platform, GameStop or AMC.

While the users on WallStreetBets are anonymous, Anthony Scaramucci, founder of SkyBridge Capital and former President Trump’s short-lived White House communications director, called the upheaval “the French Revolution of Finance.”

“This will most likely only be a temporary shift in power to retail investors,” Derek Horstmeyer, a professor of finance at George Mason University, said over email. “Hedge funds will just back off of shorting particular stocks with low float and those that are heavily shorted.”

He added that the largely public uprising against the short sellers and hedge funds that played out online could also ultimately work in the hedge funds’ favor.

“Because hedge funds are not transparent and the (r/wallstreetbets maneuvers) totally transparent, this gives the advantage in the long term to hedge funds because they can always see what the herd mentality is.”

Is The Stock Market Insane? Beyond GameStop Stock, Major Indexes Hint Not Yet

How To Invest In Stocks: A Guide For Beginning Investors