DETROIT — It’s a question occupying the minds of millions of employees who have worked from home the past year: Will they still be allowed to work remotely — at least some days — once the pandemic has faded?

On Wednesday, one of America’s corporate titans, Ford Motor Co., supplied its own answer: It told about 30,000 of its employees worldwide who have worked from home that they can continue to do so indefinitely, with flexible hours approved by their managers. Their schedules will become a work-office “hybrid”: They’ll commute to work mainly for group meetings and projects best-suited for face-to-face interaction.

Ford’s announcement sent one of the clearest signals to date that the pandemic has hastened a cultural shift in Americans’ work lives by erasing any stigma around remote work and encouraging the adoption of technology that enables it. Broader evidence about the post-pandemic workplace suggests that what was long called telecommuting will remain far more common than it was a year ago.

A report this week from the employment website Indeed says postings for jobs that mention “remote work” have more than doubled since the pandemic began. Such job postings are still increasing even while vaccinations are accelerating and the pace of new confirmed coronavirus cases is declining.

“If job postings are a guide, employers are increasingly open to remote work, even as some employees return to the workplace,” said Jed Kolko, chief economist at Indeed.

The share of Indeed’s job postings that mention “remote work” or “work from home” reached 7% last month, up from just below 3% a year ago. But in some industries, the gains were far more dramatic, including those that haven’t traditionally welcomed remote work.

In legal services, for example, remote-work postings for jobs including paralegals and legal assistants jumped from under 5% in the second half of 2019 to 16% in the second half of 2020, according to Indeed data. In banking and finance, for such jobs as actuaries and loan underwriters, remote-work postings surged from 4% to nearly 16%. For mental health therapists, they rose from 1% to nearly 7%.

Such shifts could, in turn, trigger changes in where people live and affect the varying economic health of metro areas. Some highly skilled workers could migrate from high-cost coastal cities, where they had clustered in the decade after the 2008-2009 recession, to more affordable cities or small towns. Downtown offices could shrink and exist mainly for collaborative work. The tax revenue of large cities could tumble as fewer workers patronize downtown bars, restaurants and coffee shops.

“The pandemic has broken the social and cultural norms for how we work,” said Timothy Golden, a professor of management at Rensselaer Polytechnic Institute. “Remote work has become much more accepted.”

Ford is just the latest company to allow more work from home after the pandemic. Salesforce, Facebook, Google and other tech firms have said they’ll continue work-from-home policies indefinitely. Target Corp. will leave one of four downtown Minneapolis office locations because it’s moving to a hybrid model for 3,500 workers. It will keep other downtown offices.

Flexible remote work is hardly an equal opportunity perk. It is disproportionately concentrated among more educated, well-paid workers. The jobs of lesser-paid employees generally require on-site work or face-to-face contact with the public.

More than one-third of Asian employees and a quarter of whites worked from home because of the pandemic in January, according to an analysis of government data by the Conference Board, a business research group. Just 19% of Black workers and 14% of Hispanics were able to do so.

Ford has found over the past year that employees and supervisors believe that more work can be done remotely, that they can still connect with each other and that they have the means to do their jobs, said Kiersten Robinson, chief people and employee experiences officer. So when its hybrid schedule begins in July or soon thereafter, Ford will give teams a choice of when to go to the office.

“I do think we’re seeing a real shift in expectations among candidates,” she said.

Among the employees pleased by the new policy is Kelly Keller, Ford’s chemistry and material compliance manager. Keller, who has been working a hybrid schedule since the pandemic started a year ago, wouldn’t want to go back to commuting to work each day. Now she generally works three days from home and then commutes for the next three workdays, an hour each way, to a lab in Dearborn, Mich.

Sometimes when she’s home, she gets to take her daughter to elementary school and start work a little late before finishing later in the day.

“I definitely enjoy the flexibility,” Keller said. “I would be grateful for the opportunity to continue the hybrid arrangement, for sure.”

Of the workers she supervises, seven commute to the lab every day; four work from home. The at-home workers, Keller said, have been more productive than they were before the coronavirus struck because they often work during the time they would have been commuting.

Information for this article was contributed by Alexandra Olson of The Associated Press. 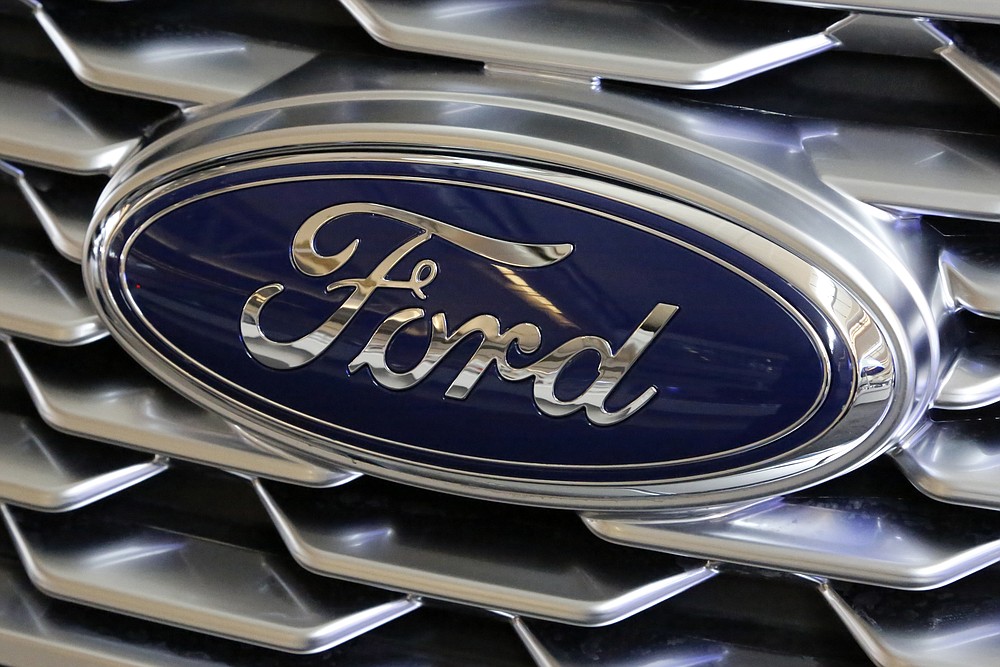 FILE- This Feb. 15, 2018, file photo shows a Ford logo on the grill of a 2018 Ford Explorer on display at the Pittsburgh Auto Show. Edsel B. Ford II is retiring from the board of Ford Motor after serving as a board member for 33 years. The automaker also named some other members of the famous family as board nominees. Board nominees will be up for election at Ford’s annual meeting on May 13, 2021. (AP Photo/Gene J. Puskar, File)