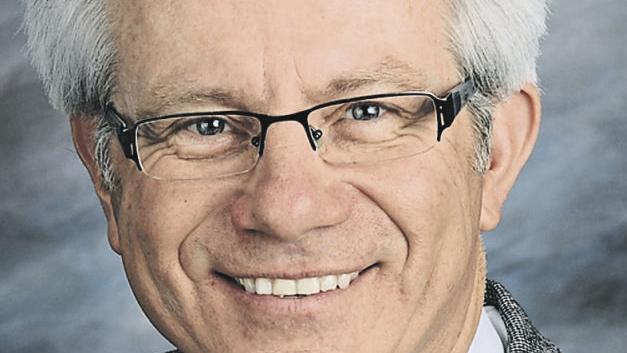 A subtle addition to an Iowa job-search website is highlighting the seismic economic changes that have taken hold in the past 12 months.

Iowa Workforce Development recently unveiled a new website feature that allows visitors to search exclusively for remote jobs. Deputy Director Ryan West said it will appeal to those who are seeking employment but unwilling to leave their home to work.

The feature is both a sign of the times and a harbinger of things to come.

“It is one of those opportunities that come out of adversity,” West said. “You can discover new ideas in difficult times.”

He said there are already 500 jobs posted statewide that do not require employees to leave the confines of their own homes. That figure is expected to increase as job-seekers and employers alike become more familiar with the website’s new “remote” designation.

Local economic development officials believe that the targeted approach could be an appealing option at a time when the local economy is struggling to heal.

Rick Dickinson, president and CEO of Greater Dubuque Development Corp., estimated that there are about 5,000 fewer jobs in Dubuque now than there were at this time last year.

Of those, only about 1,800 are collecting unemployment. The other 3,200 have dropped out of the labor force altogether.

Dickinson believes many have left the labor force due to obligations at home, ranging from educating a school-age child to caring for a vulnerable relative.

“For those people, I think this may well be an opportunity (to find a job),” Dickinson said.

When the pandemic first prompted workplace shutdowns in the spring of 2020, companies transitioned from convening in conference rooms to meeting on online platforms such as Zoom.

Most viewed it as a temporary situation. Almost a full year later, the pandemic still has many working remotely.

“I think we are still in that mode, and we keep pushing the goal posts back on when we will return to pre-COVID work arrangements,” Dickinson said. “Most agree now that it will be sometime after July 1.”

The prolonged period of remote working has reshaped opinions of the practice.

A study released by Pew Research shows that about 20% of surveyed Americans frequently worked from home prior to the pandemic. Today, more than 70% of respondents work from home all or most of the time.

Give a choice, 54% of these employed adults said they would like to continue that remote arrangement.

Tut Fuller, president and CEO of Dubuque Bank & Trust, said about 50% of the bank’s employees have worked remotely though the pandemic. The other half have been alternating between working from home and logging shifts in person.

“Some cannot stand not being in the office,” Fuller said. “Others love the flexibility that comes with working remotely.”

In the short term, Dickinson said, remote working appeals to those with few other options amid a prolonged pandemic. In the long term, however, he expects the option to remain popular with a different demographic.

“I think the there is a population of younger workers that see working from home as providing more flexibility and a better work-life balance,” he said.

Employers also are contemplating the ramifications of the remote-working boom, with some questioning whether the viability of working-from-home could reduce the need for, and cost of, maintaining a traditional office.

“Most businesses are trying to see if they can cut any costs,” Fuller said. “Other than the human resources, your building expense is one of the most expensive things for businesses.”

With that being said, some jobs lend themselves to remote working far more than others.

West, of Iowa Workforce Development, said many jobs in insurance, finance, customer service and coding can be done remotely with relative ease.

But manufacturing and health care positions are among those that cannot easily transition to a work-from-home model.

Not all states are created equal when it comes to supporting remote workers.

Career Cloud, an online resource for workers and job-seekers, recently conducted a comprehensive study comparing how states stack up in terms of welcoming remote workers.

The report analyzed the current number of jobs in a given state conducive to a remote-working arrangement. It also assessed each state’s ability to produce jobs in areas poised to grow in the future, including information security analysts and statisticians.

Illinois was ranked 19th nationwide, Iowa finished at 24th and Wisconsin came in at No. 35 in the rankings. Wisconsin fell back for a variety of reasons, including its middle-of-the-road broadband capacity.

“The lack of fiber has been our Achilles’ heel for so long,” he said. “We are getting better, but it is still a challenge. It remains our biggest hurdle.”

If broadband capacity continues to improve in southwest Wisconsin, Brisbois believes the area has an opportunity to capture remote workers who are migrating away from large metro areas and seeking smaller, rural towns.

When it comes to local employers, there are mixed sentiments about returning to the office.

Brisbois said some employers in southwest Wisconsin have told him they will not bring their employees back to the office even after the COVID-19 threat has subsided.

“Some companies have found that remote working has worked well and the productivity didn’t drop off like they thought it would,” Brisbois said.

Fuller acknowledged that many financial companies could seek to make certain jobs remote on a permanent basis, with call center and service-oriented jobs being the most likely.

DB&T, however, soon will take definitive steps toward bringing its workforce back.

This week, employees who have worked virtually throughout the pandemic will begin a phased return to their workplaces. Fuller said such steps will be taken in the safest way possible.

At a time when many are embracing remote options, Fuller is excited to soon have the team back under one roof.

“We believe business and banking is a team sport,” he said. “You have more success when you work together. And it’s easier to do that when you are together in person.”