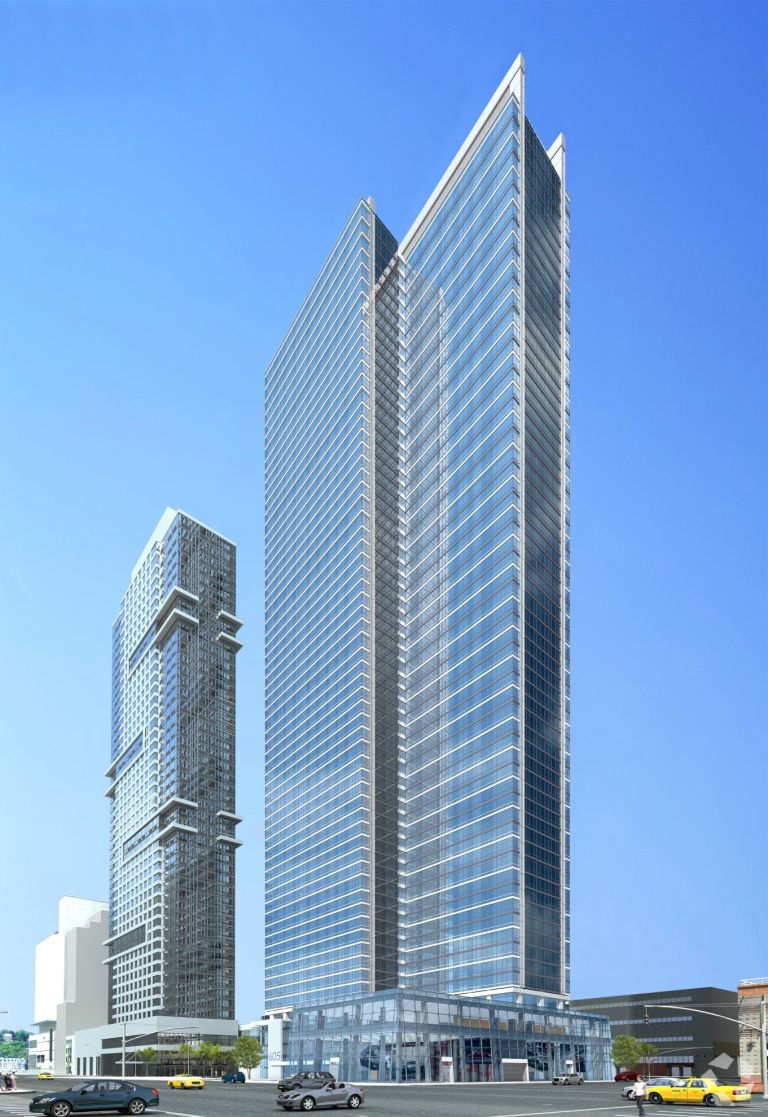 SL Green Realty Corp. has entered into a contract to sell its 20 percent interest in the Sky apartment tower, located at 605 West 42nd Street, to The Moinian Group in a deal valuing the property at $858.1 million. In a separate transaction, SL Green is also selling its interests in 400 East 57th Street to A&E Real Estate in a deal that values that property at $133.5 million.

As Manhattan’s largest office landlord, SL Green expects the two sales to generate net cash proceeds to the company of approximately $71 million — with $53 million coming from the Sky sale and $18 million from the 400 East 57th Street property, according to its first-quarter 2021 report released on Wednesday. The Real Deal first reported the identity of both buyers.

“The sales of our interests in these two properties are a continuation of our strategy to divest non-core assets, including residential properties, and reinvest the capital on a value accretive basis into our share repurchase program and development projects,” SL Green Chief Investment Officer David Schonbraun said in a press release. “We have seen a distinct rebound in the residential market in recent months, which validates the continued demand for New York City real estate.”

SL Green acquired its interest in Sky, the luxury multifamily apartment tower located in Hudson Yards, in 2016 through a mezzanine loan. It spans 948,000 square feet and is 90 percent occupied. SL Green had launched a process to sell its interest in the tower last year, but after receiving an offer from a New York institutional investor, Moinian Group exercised its right to buy SL Green’s option, TRD reported. Moinian completed the rental building in 2016.

SL Green also put its 41 percent stake in a nearby multifamily property at 400 East 58th Street up for sale last year. A&E purchased the East 58th Street property from SL Green for $62 million in September, TRD reported. A representative from A&E declined to comment on the sale.

Marc Sznajderman led a team of Ackman-Ziff Real Estate Group brokers — including Andrew Sasson, Chad Sinsheimer, Justin Bomba and Michael Kopy — who represented SL Green in the sale of 400 East 57th. Sznajderman told CO that the property received international interest from prospective buyers, but would not identify them.

“This is one of only a handful of major New York multifamily assets that have hit the market during the pandemic,” Sznajderman told CO. “We think that the level of interest and demand was reflective of the strength of New York, and the fact that people believe in New York.”

Eastdil Secured’s Gary Phillips and Will Silverman brokered the sale for SL Green in the Sky transaction. Philips declined to comment.

It wasn’t immediately clear who brokered the deal on behalf of A&E or Moinian.