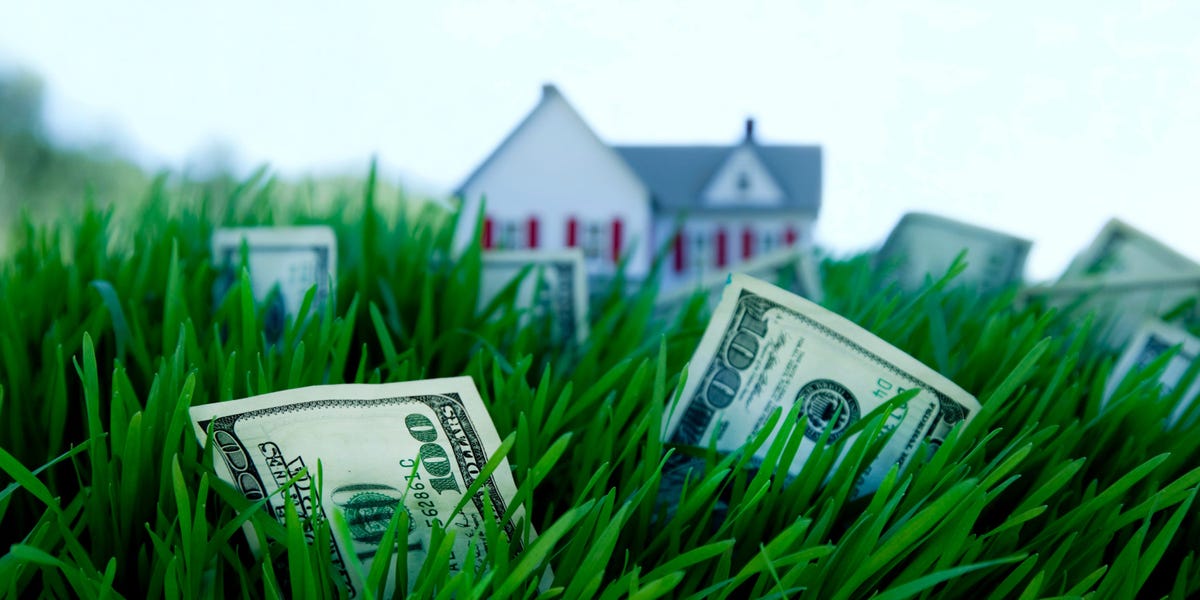 When Mike Bryant was in his early fifties in 2012, he started to think about ways he could further build his retirement portfolio.

That’s when he turned to real-estate investing. But it can be a tough market to break into, especially without large amounts of cash for a down payment.

So Bryant got creative, taking a low-cost route by targeting older landlords who wanted to unload their properties as they entered retirement.

Businesses that were paying cash for houses offered sellers below-market prices. But Bryant beat them out by offering sellers full-price, paid in monthly installments and a smaller final payment at the end of the contract’s term as opposed to one lump-sum payment upfront.

“I’ve had people ask me…’Why would a seller do that?'” Bryant said on a recent episode the Rental Income Podcast. “I’m like, ‘Well, I’m solving a problem for them. Price ends up being a very important thing for a lot of these sellers.”

The strategy has paid off handsomely for Bryant.

“Without putting a nickel into any of these, I have a portfolio — between what I’ve sold already last year and what I haven’t sold yet — of more than a half-a-million dollars of equity, at least on paper, from what I can glean is the market value versus what I owe on these properties,” Bryant said on the podcast.

To identify retiring landlords, Bryant said he used a mailing list service, identifying addresses they had listed as non-owner occupied. He then mailed them postcards asking if they were interested in selling the property.

In an interview with Insider on Wednesday, Bryant further broke down how the strategy works, using one property as an example. He bought the property worth somewhere north of $90,000 in 2012. He agreed to pay the seller $400 per month for 15 years, which comes out to $72,000. When the contract expires in 2026, he will pay the owner a final sum of $24,500, which he said he can pay off with savings or by selling the property.

In the meantime, he rents the property for $1,090, according to records provided by Bryant. After paying the seller the $400, and after expenses like taxes, insurance, fees, and putting 10% into a reserve of funds for repairs and times of vacancies, Bryant generates a cash flow of $32 a month — on the lower end of cash-flow from properties in his portfolio.

Bryant has four of these properties, which are single-family rentals, that generate a total of $826 per month of cash flow after expenses.

But the big prize for Bryant, who is based in Kansas City, is the equity he ends up with when the houses are paid off. Given the steep run-up that housing prices have seen in recent months and years, Bryant estimates the house is now worth around $150,000. His portfolio of the four single-family houses is now worth more than $263,000, he estimates.

While Bryant said this financing strategy might be more difficult to use in today’s red-hot real estate market than in 2011, the current supply-demand equilibrium will eventually come closer to normal.

Why Bryant decided to sell most of his properties

The seller-friendly market conditions are a big reason Bryant decided to sell many of his properties in recent months. For example, some of the houses saw a 20% increase in value the year before he sold them, he said. This is compared to the three-to-four percent he’d been hoping for.

This reflects this broader surge in housing prices many markets have seen recently due to strong demand and limited inventory. Real estate brokerage Redfin found that housing prices in the US rose an average of 17% from April 2020 to April 2021.

The properties Bryant sold were paid off, however. He plans to hold the four that aren’t sold until they are paid off towards the end of the decade. By then, he’ll be in his upper sixties, so the timing will be right to sell, he said.

While he’s not sure how long prices will continue to rise so rapidly, he said he does expect the market to cool off and slow down.

He also doesn’t suspect that the housing market is in a bubble like it was around 2008, hence why he’s comfortable holding them.

“Unlike 2008, which was kind of a once-in-a-lifetime event, that was really precipitated by a lot of over-financing in the financial mortgage markets, houses being overleveraged, and then it was a domino effect,” Bryant told Insider. “But we don’t have those conditions now.”