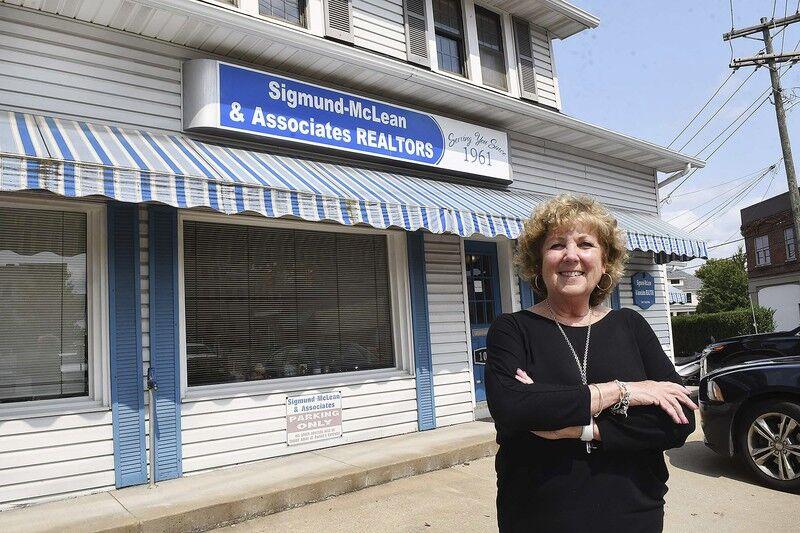 In Beckley’s real estate sector, Carol Pugh is known for her dedication to clients and for her knowledge and expertise.

Pugh is the broker at Sigmund-McLean & Associates on Prince Street. In 2010, she and Realtor Don Martin completed a five-year buy-in plan and became co-owners of the agency.

Many in Beckley live in properties that Pugh has listed, sold, helped to develop and, in some cases, re-listed and sold again.

“I have so many stories, houses that I have sold two or three times, families that I have met along the way,” Pugh said. “There’s been a lot of property.”

In the late 1970s, Pugh was the mother of two young children. She enrolled in a real estate course at Beckley College taught by local estate agent Jim Lilly.

“It was just something I did,” she said. “I knew that I liked real estate, and it was a course I took, never thinking I would actually get a real estate license.”

“I just thought, you know, I’d like to get into real estate,” she said.

She enrolled in a real estate course taught by Mike Tyree.

Every Saturday and Sunday, for the next six weeks or so, she spent the day in class. Next, she got licensed.

“The first company that came to mind that I wanted to work with was a male-dominated company,” she recalled. “Sigmund McLean Hunt and Payne.

“I always respected them. They were family friends. Good, honest businessmen.”

Pugh said that she never treated real estate as a part-time venture. She went into the office every day.

The owners were great mentors, she recalled.

The trio had developed three subdivisions in Beckley: Woodcrest, The Landmark and Old Mill Village, she reported.

“I loved hearing about it,” she said.

The agency was still selling lots at Woodcrest when Pugh joined the agency, and Pugh saw an opportunity. She aligned herself with a local builder, Howie Lambert, who was constructing homes at the upscale Woodcrest.

“We worked together,” she said.

“I would sell him a lot. He would build a house, and Howie would let me sell his house.

“So I learned construction development.

“The development of Woodcrest was a real learning experience, watching Bill (Sigmund) and Bob (McLean) do that development, and even putting the roads in, getting the utilities to the lots.

“I just had learned so much in development, watching builders build their homes,” she said.

“Sometimes agents have a false concept of what real estate agents do, and they get in it and not realize the work that has to be put in, and the time,” she added.

“You need to spend time around seasoned agents to learn the business, because what you learn in your real estate course has not much to do with the real world in real estate.”

Pugh said that real estate was a full-time job for her, from the start.

“I was so fortunate that my family were great supporters,” she said. “My children were still in school, but I’d still be able to pick them up from school.

“My husband at the time was very supportive. He would help with the kids.

“It was a lot of night work and weekends. That’s how I got into it.

“I worked hard, and the rewards have been wonderful.”

She has served as secretary of the West Virginia Real Estate Commission and twice as BBR president.

In the Beckley market, she is consistently a top producer of real estate sales and has wide respect among sellers, buyers and other real estate agents.

Her advice to others is to always be honest with clients. She said it is one of the most important things in business.

A supportive family is a help for success, Pugh added.

“When a deal falls through, I live it with them.”

Most deals, however, were successful.

Pugh said she is able to drive through Beckley and see a property and remember a deal.

“I do it all the time,” she said. “I wish I could go back and see everything I’ve sold. It’s gone fast. It’s gone really fast.”

One of her mentors did the same.

“Bob McLean used to go through town and would call the houses by the original owners … call it by the owner’s name, even though they’d sold it two or three times,” she added.

Pugh’s favorite aspect of business is not, necessarily, making a large profit on a pricey piece of real estate.

“I have sold lots of commercial real estate over my years, and I love the challenge,” she said.

“But I would have to say my favorite is my first-time home buyers.

“I feel the best about all the people I’ve helped put in homes.

“They’re the most appreciative of getting their home.”

The business of Sigmund-McLean & Associates gives Pugh a sense of accomplishment.

“There’s been a lot of real estate bought and sold from this corner in Beckley.”