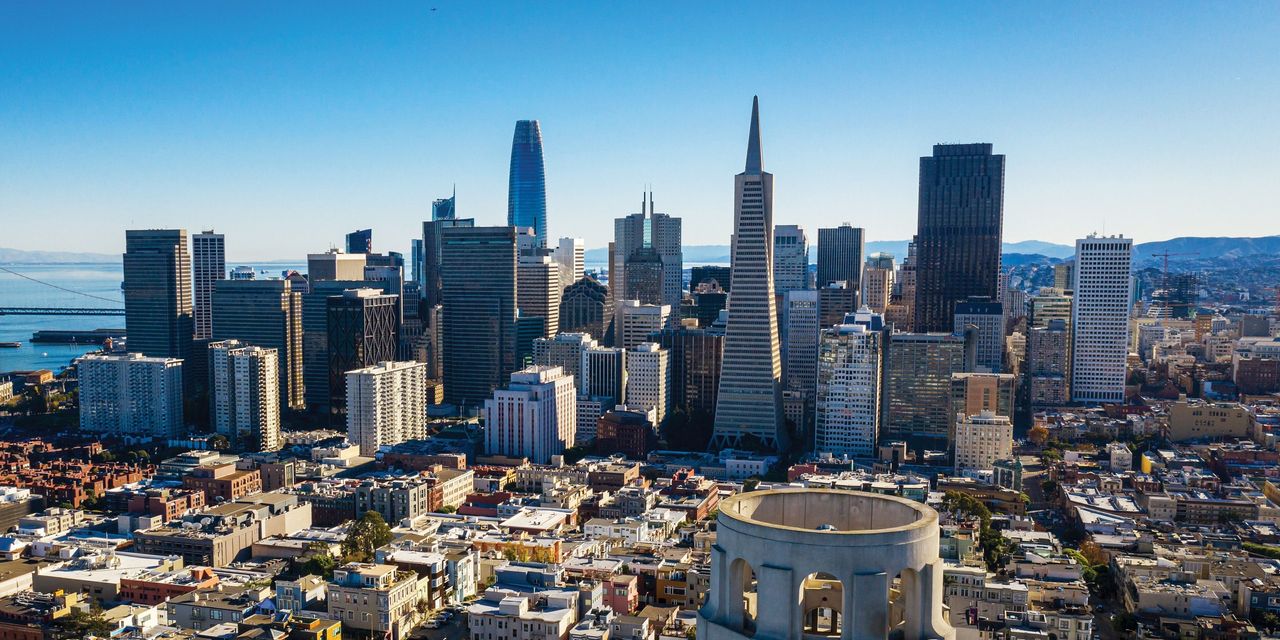 More than a year into the pandemic, high-rise office buildings are largely empty. About one of every two hotel rooms is unoccupied. Malls are struggling to attract shoppers.

And yet by most measures, the U.S. commercial real-estate market is in remarkably solid shape. Prices fell far less than after the 2008 financial crisis and are already rising again. The number of foreclosures barely increased. Pension funds and private-equity firms are once again spending record sums on buildings.

The market’s resilience shows how the federal government’s aggressive efforts to support the economy kept landlords from suffering steep losses. Banks have also offered delinquent property owners some slack, rather than foreclosing aggressively.

This support won’t last indefinitely, and there could be a rude awakening for investors when it starts to wane. Real-estate owners will have to contend with remote work’s threat to the office market, the dearth of business travel and the broad decline of the mall business.

But a number of big global pension funds have been raising their allocations to commercial real estate, which should bring plenty of cash into the market, and prices are already rebounding.

That turnaround stands in sharp contrast to the 2008 financial crisis, when commercial real-estate prices in the U.S. fell 37%, Green Street said, and took years to recover.

This time around, the office, retail and lodging businesses look worse off than in 2009 in many parts of the country. But public spending has been much more robust. Wealthy people are also largely employed, but being cooped up at home led them to save more of their earnings. Much of that money went into stocks and bonds, pushing prices up and interest rates down. That has made real estate look cheap in comparison.

And with the prospect of inflation fast becoming the financial community’s biggest worry, more investors in the future could turn to commercial properties with leases that include rent increases that keep pace with inflation.

Private investment funds focused on real estate are already feeling flush. They had $356 billion in cash reserves in April, according to Preqin, which was about double what these funds held at the end of 2009. In a recent survey by Hodes Weill & Associates and Cornell University, 29% of large institutions said they want to put a bigger share of their wealth into real estate, while 5% said they want to reduce exposure.

Big public pension funds in California, Kansas and Iowa have raised their target allocation to real estate over the past couple of years. Alecta, a Swedish pension fund with around $130 billion under management, last year increased to 20% its target allocation for alternative assets, which include real estate and infrastructure, up from 12%. Real estate is a hedge against the ups and downs of public markets, and low bond yields make it look “relatively attractive,” said Frans Heijbel, head of international real assets.

That hasn’t happened this time. Regulators allowed banks to delay loan payments without having to declare a default. Consequently, lenders have been in no rush to foreclose or sell loans.

Christopher Coiley, head of Valley National Bank’s commercial mortgage division in New York and New Jersey, gets two calls a day from funds looking to buy troubled loans. But he doesn’t have anything to sell. “It’s almost comical,” he said.

Government and lender support for the market has masked deeper problems. The prices of malls and hotels are down significantly. Loan defaults and foreclosures are expected to increase as forbearance periods end and some lenders finally lose patience. Overall property returns would be worse without booming warehouses, up 25% over the past year.

In a March report, Fitch Ratings said that if remote work lowers demand for office space by 10%, building valuations could fall by more than 40%.

What’s your outlook on the commercial real-estate market over the next few months? Join the conversation below.

Even signs of inflation aren’t entirely positive for real-estate owners, who borrow heavily and benefit from low rates. Rising consumer prices could push up interest rates and cause any real-estate momentum to peter out.

“Instead of that cliff, we just go sideways,” said Mark Zandi, chief economist at Moody’s Analytics, who is cautious about the property market. “Maybe down a little bit, maybe up a little bit, but nowhere fast for quite some time until we work through these adjustments.”

Still, technical reasons are compelling some large investors to buy real estate regardless. When stock and bond prices rise faster than those of other assets such as real estate, their share of a pension fund’s holdings automatically increases. That means the fund has an incentive to buy more real estate just to rebalance.

Some investors are buying places hardest hit by the economic crisis. In San Francisco, where the share of office space available for lease is the highest on record, according to CBRE Group Inc., Dropbox Inc. recently put up for sublease a big part of its headquarters. Yet the building sold in March to private-equity firm KKR & Co. for $1.1 billion, the most expensive sale of a San Francisco office building in more than a decade.

KKR’s head of real-estate equity in the Americas, Justin Pattner, said he likes the local market. The building’s lease runs for an additional 13 years and any vacancies can be converted to high-demand lab space.

Write to Konrad Putzier at konrad.putzier@wsj.com