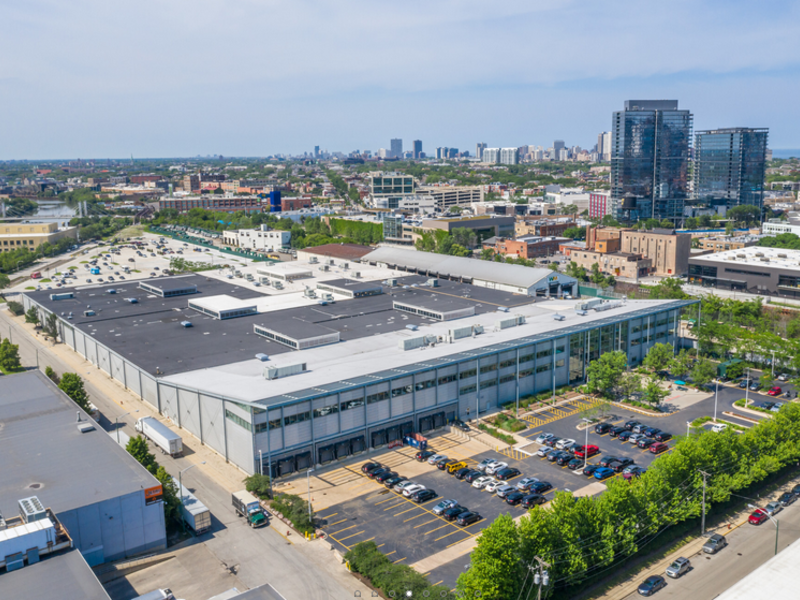 Industrial giant Prologis has snapped up one of the largest properties on Goose Island in a deal that nets a fat profit for the investors that bought it just 20 months ago.

In the city’s biggest commercial property sale so far this year, San Francisco-based Prologis earlier this month paid nearly $100 million for the fully-leased 339,000-square-foot warehouse and office building at 930 W. Evergreen Ave. on Goose Island, according to sources familiar with the deal.

The sale completed a lucrative cash out for a joint venture of Westport, Ct.-based Greenfield Partners and the investment arm of real estate developer Related, which bought the property from candy maker Mars for $73 million in July 2019, Cook County property records show. The venture financed that purchase with a nearly $51 million loan, according to research firm Real Capital Analytics.

The recent deal belies a commercial property sales market that remains hampered by the COVID-19 pandemic, showcasing investor appetite for properties that are fully-leased to high-credit tenants. At nearly $300 per square foot, it also underscores the premium buyers are paying for industrial warehouses located in densely-populated areas while demand soars from companies that need to store and distribute goods purchased online.

Greenfield and Related Fund Management helped juice the value of the Goose Island property by signing their own joint venture as a long-term anchor tenant. They formed e-commerce fulfillment company Quiet Logistics in 2019 and inked a 10-year lease for 173,000 square feet of warehouse and office space in the building that runs through 2029, according to a flyer from Cushman & Wakefield, which brokered the property sale.

The rest of the property is office space split between a division of Mars with 74,000 square feet, its Wrigley brand with 19,000 square feet and MxD (formerly UI Labs), a digital manufacturing research lab that leases nearly 74,000 square feet through January 2025, according to the flyer. Cushman said the building would generate $5.3 million in net operating income during its first year of new ownership.

That stability and the long-term prospects of a big Goose Island warehouse apparently got the attention of Prologis, which is the largest owner of industrial real estate in the country and has been busy bolstering its Chicago footprint. The real estate investment trust is planning a big warehouse in Bridgeport for e-commerce giant Amazon and last year bought another industrial property on the Near West Side that could also be used as a so-called “last mile” fulfillment center to distribute packages.

Companies clamoring for such space explains why the local industrial vacancy rate at the end of 2020 was 6.7 percent, compared with the 12 percent-plus levels of the Great Recession, according to brokerage Colliers International. Investors last year bought $5.2 billion of industrial real estate in the Chicago area, according to Real Capital Analytics data. That was down 12 percent year-over-year, but outperformed the local commercial property sector overall, where sales were down 32 percent from 2019.

A Prologis spokeswoman did not provide a comment. Greenfield Partners couldn’t be reached, and a spokesman for Related declined to comment.

Goose Island has been a magnet for new tenants during the pandemic while little leasing activity has occurred elsewhere downtown. Developer R2 signed Lakeshore Beverage, Elite Staffing and T1 Logistics to its office building at 1315 N. North Branch St. over the past year. Luxury electric car maker Lucid Motors is said to be opening a service center and showroom at 1377 N. North Branch St., according to a source familiar with the deal.

Those leases and rising property values on Goose Island are some of the spoils of the city’s 2017 move to begin allowing new uses in the massive North Branch Industrial Corridor running along the Chicago River from downtown to the western edge of Lincoln Park. Among other projects meant to take advantage of the new rules, developer Sterling Bay aims to turn a 55-acre stretch of the river between North and Webster avenues into a mixed-use campus called Lincoln Yards.