America’s employers unleashed a burst of hiring in March, adding 916,000 jobs in a sign that a sustained recovery from the pandemic recession is taking hold as vaccinations accelerate, stimulus checks flow through the economy and businesses increasingly reopen.

The March increase — the most since August — was nearly double February’s gain of 468,000, the Labor Department said Friday. The unemployment rate declined from 6.2% to 6%, and nearly 350,000 people rejoined the labor force.

Even with last month’s robust increase, the economy remains more than 8 million jobs short of the number it had before the pandemic started a little over a year ago.

Regaining all those jobs, though, will be a daunting task.

The brightening outlook for the labor market follows a year of epic job losses, waves of coronavirus infections and small-business closures. Numerous signs suggest that the economy is improving. Consumer confidence in March reached its highest level since the pandemic intensified.

Heather Stidham lost her job at an Atlanta-area Olive Garden last spring and has not worked since. But on Monday, she will start a new job working for the state, processing applications for rental assistance as part of a federally funded aid program.

“My whole attitude, my whole way of thinking has shifted,” Stidham, 43, said. “I feel like a thousand pounds had been lifted off of me, just to know I’d be getting a paycheck again.”

Still, getting back to work will not undo the damage of the past year. Stidham is months behind on her rent, and fears she will not be able to catch up in time to avoid eviction.

Speaking after the government issued the jobs report, President Joe Biden said it showed that his $1.9 trillion financial rescue package — which included $1,400 checks to most adults — was already boosting the economy. Biden argued, though, that further assistance in the form of the infrastructure package his administration unveiled this week was needed to sustain the gains.

Yet many Republican lawmakers have already pointed to the burgeoning economy as evidence that further government support isn’t needed.

The hiring increase last month was driven by gains in industries that have been among the hardest-hit by the pandemic.

The leisure and hospitality sectors added 280,000 jobs last month, as coronavirus restrictions eased around the country. Most of that increase, about 176,000 jobs, came from hiring at restaurants, bars and other food service establishments. Arts, entertainment and recreation facilities gained 64,000 jobs, and hotels gained about 40,000.

The sector still remains about 3 million jobs short of where it was before the pandemic.

[Video not showing up above? Click here to watch » https://www.youtube.com/watch?v=h8HMLc116u4]

Elsewhere, employment rose 126,000 in public education at the state and local levels, and 64,000 in private education. Construction added 110,000 jobs after reporting a disappointing decline in February.

Manufacturers added 53,000. And professional and business services, which include such well-paying fields as engineering and architecture, gained 66,000.

This data also showed a reversal of a trend troubling economists: Women driven out of the workforce by the disproportionate fallout of pandemic restrictions on female-dominated industries and the lack of school and adequate child-care options.

In March, 492,000 women reentered the workforce as schools reopened for in-person learning, while 144,000 men left it, bringing the number of men and women who have left the workforce into roughly equal proportions, according to Labor Department data.

In February, about 56% of the people who had left the workforce over the past year were women. Now, women represent less than half of those displaced workers.

“It’s the beginning of the end of the she-cession,” said Diane Swonk, chief economist at Grant Thornton. “The minute schools reopened, and jobs were there, they came back.”

The pandemic recession inflicted job losses disproportionately on racial minorities and lower-income workers. The unemployment rate for Black people was relatively unchanged at 9.6% in March and edged down for Hispanics to about 7.9%. For white people, it was 5.4%.

Friday’s jobs report pointed to some other challenges ahead. The number of people who have been out of work for six months or more — who tend to face a particularly hard time finding a job — increased. They now constitute more than 40% of the unemployed.

And the number of people who say they’ve permanently lost their jobs barely declined in March.

But optimism is rising, in part because the $1,400 economic relief checks have sharply increased consumer spending, according to Bank of America’s tracking of its debit and credit cards. Spending jumped 23% in the third week of March compared with pre-pandemic levels, the bank said.

Spending had begun to rise in March even before the stimulus checks arrived as viral case counts have tumbled from their heights in January. Americans are increasingly willing to venture out from home to travel and eat out, though not yet at their pre-pandemic pace. Roughly 1.5 million people traveled through airports on March 28, according to the Transportation Security Administration. That was roughly eight times the figure of a year ago, although it still was down sharply from 2.5 million on the same day in 2019.

“This is a wonderful report. Hopefully we have many more months like it ahead,” said Nick Bunker, the economic research director at Indeed, a jobs-listing service.

Still, the surge of hiring last month raises an important question: Can it continue at the same pace? Besides the 8.4 million fewer jobs that now exist in the U.S. economy than just before the virus struck, an additional 2 million or so jobs would have been added in the past year under normal circumstances. That means the U.S. economy still needs roughly 11.5 million more jobs to regain something close to full health.

At the current rate of jobs growth, it would take until June 2022 to return the economy to where it would have been had the pandemic not occurred, Bunker said.

Lori San Martin, a personal trainer and Pilates instructor in Los Angeles, has spent most of the past year staying in and cooking at home.

“We just weren’t going anywhere, spending money,” she said. “I didn’t buy clothes. The only thing that went up was our grocery bill.”

Last month, however, San Martin, 67, was able to get vaccinated, and many of her former clients were as well.

Now, her spending is bouncing back as well. San Martin recently got her first haircut since the pandemic began, and last weekend, she and her boyfriend went out to a long-delayed dinner at a restaurant.

Information for this article was contributed by Christopher Rugaber of The Associated Press; by Eli Rosenberg of The Washington Post; and by Ben Casselman of The New York Times. 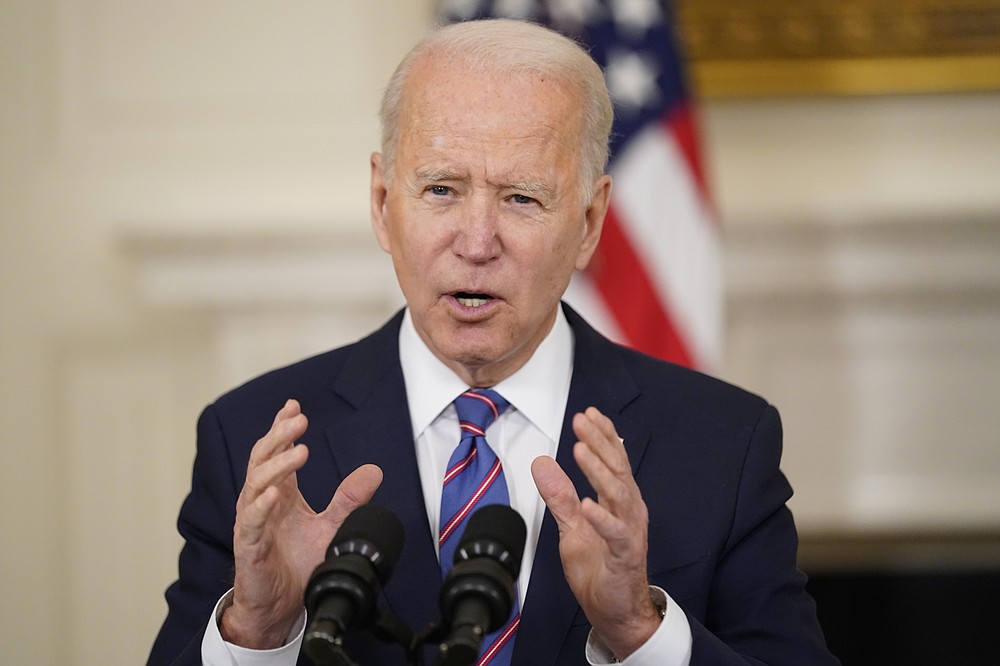