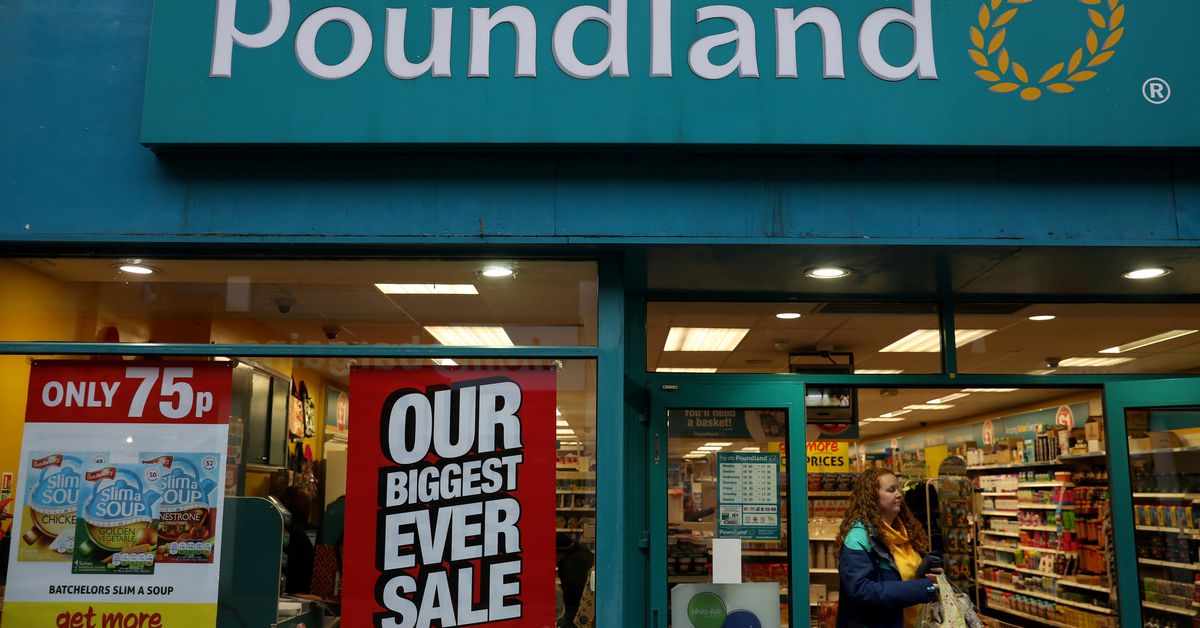 A woman leaves a branch of Poundland in Altrincham, Britain January 7 2020. REUTERS/Phil Noble

LONDON, July 23 (Reuters) – The owner of the discount chains Pepco, Poundland and Dealz, Pepco Group , plans to create about 13,000 net new jobs across Europe over the next three years as it aggressively opens new stores, its boss told Reuters.

Chief Executive Andy Bond said the majority of the new jobs would be in continental Europe, as it bets that shoppers will flock to cheaper stores following the devastation of the pandemic and as people search for bargains amid inflation.

While many European retailers have shifted operations online, shut stores and cut jobs to survive COVID-19, Pepco is heading in the other direction.

“Unlike many bricks and mortar retailers which are all about stories of ‘haven’t we done a good job where we’re staying alive’, we’re very confident about our growth,” Bond, a former boss of British supermarket chain Asda, said.

Pepco Group, which listed on the Warsaw stock market in May and now has a 6.9 billion euro ($8.13 billion) valuation, currently employs around 35,000, trading from about 3,400 stores in 16 countries. It will start trading in its 17th, Austria, in September.

The group is targeting more than 1 billion euros in core earnings within five to seven years. In June it reported first-half underlying earnings of 324 million euros, up 16.8%.

It draws comparisons with British discount retailer B&M (BMEB.L), which has seen its shares rise 125% since the day before Britain entered its first pandemic lockdown.

Like many discount retailers, Pepco has not embraced online deliveries when an average basket size is 7 to 8 euros.

“Our consumer dynamic, our geographical spread and our business model make us most defendable against online and most unlikely to go online,” said Bond.

Poundland is, however, conducting a small online trial in central England to better understand customer demand.

“Personally, I’ve been very sceptical. However, it is such a macro trend, we’ve got to learn about it, because I have no intention of looking like the idiot who called the world flat when it was actually round,” said Bond.

He said if there were customers who were willing to spend a basket of around 60 UK pounds ($82.37) it could be viable. The group is also looking for a partner in eastern Europe for a trial.

Pepco shares have soared over 36% since listing. Priced at 40 zlotys at the IPO, they were trading at 54.5 zlotys on Friday.

“I think it’s almost the optimum outcome both for buyer and seller that the share price goes up progressively post float,” said Bond, who retains shares worth about 44.2 million euros.

South African conglomerate Steinhoff (SNHJ.J), which is still grappling with the fallout from a 2017 accounting scandal, retains the majority of Pepco Group’s equity, though that holding is controlled by creditors.