MATIC price decline below the lower trend line cues market operators for a much-needed consolidation in the hurried race for new highs. The downside should be limited as late arrivals search for a cheaper entry.

Polygon is a layer 2 scaling solution for Ethereum by creating side chains that run along the main Ethereum blockchain and aggregate transactions to bypass ETH’s steep transaction fees and slow speed. Essentially, the side chains increase the throughput of the system, as measured by transactions per second, enabling decentralized finance to attract more users.

From March 14 to April 25, Polygon traveled in a sideways range of approximately 60%, with the weekly closes occurring between $0.360 and $0.385 for seven of the eight weeks. It was a rare formation, but the price contraction motivated by indecision on both sides of the trade generated the energy to carry the altcoin over 200% higher.

Today’s bearish reversal above the rising wedge’s upper trend line has carried through with a break of the lower trend line and a loss of 7.50%. The Polygon reversal was foreshadowed by a bearish momentum divergence on the 4-hour chart, as the Relative Strength Index (RSI) failed to confirm the price highs of yesterday or today.

MATIC price will encounter support at the 161.8% Fibonacci extension of the March-April decline at $0.809, but a more legitimate level of support is $0.675. A collapse below $0.675 alters the Polygon outlook and broadcasts an acceleration of the correction to the 38.2% retracement of the recent rally at $0.605. 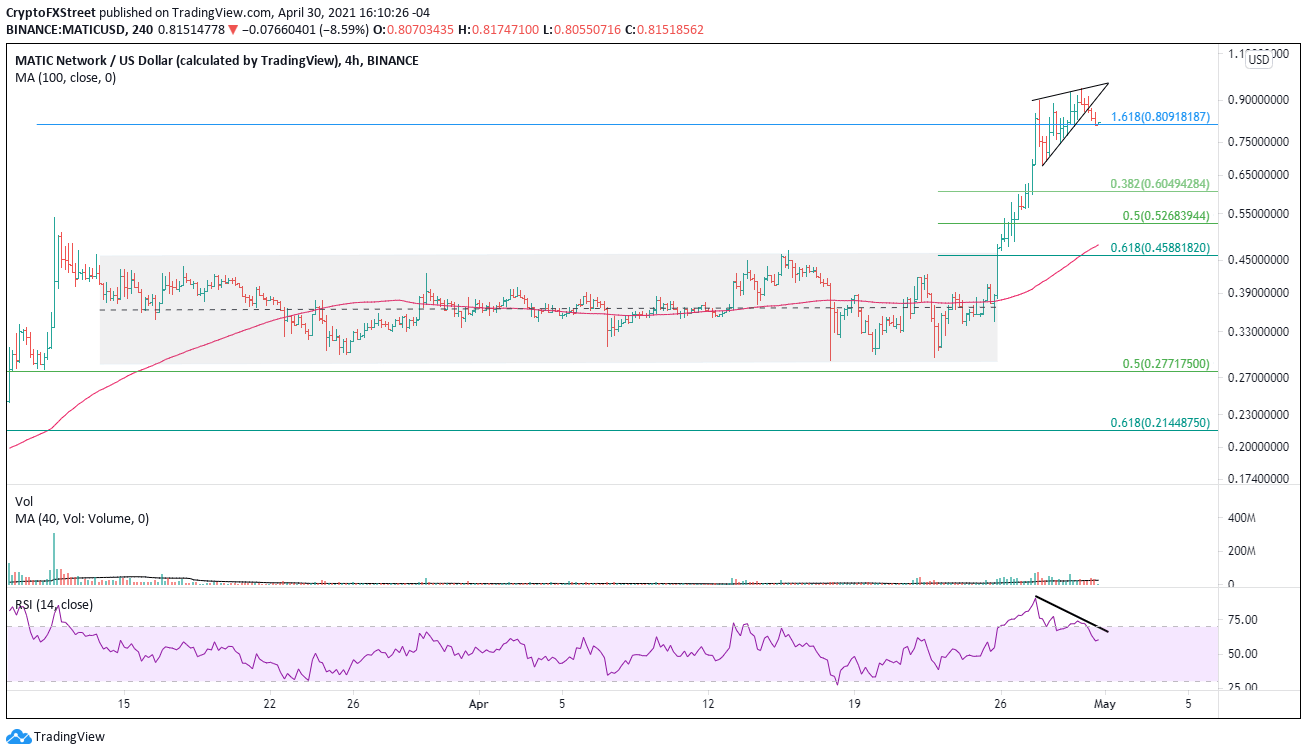 In light of the superior momentum of the rally, it is conceivable that MATIC undergoes a correction in time versus price, forcing the patience of speculators waiting for a deeper correction to engage the cryptocurrency, leading to a new thrust higher for Polygon.