An overview of the EUR/USD pair 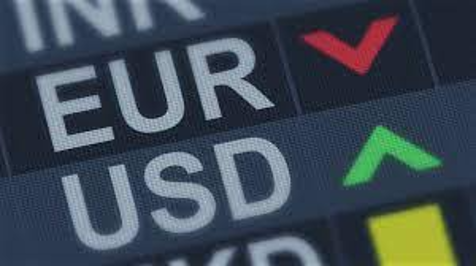 EUR/USD is one of the topmost forex currencies
being traded today. While the USD has been long established, the Euro is the
crystallisation of the economic aspects of the union of European states.
Despite formidable crises since 2008, the Euro has stood its ground. The
currency of the EU is not going to dissolve as long as the European project
stays afloat. EUR/USD performance is going to remain a given in International
economics. Also, the forex pair will continue rewarding study.

USD: A History of Dominance

The USD, in its current form, was brought into being as a
consequence of the founding of the Federal Reserve Bank in 1914. US
dollar-denominated bonds facilitated the fall of the gold standard as the basis
of the world’s currency. The latter position belonged to the British Pound,
which was supplanted by the USD following the tremendous strains of WW 1. As
per the Bretton Woods Agreement of 1944, the world’s central banks linked their
national currencies to the USD, effectively making it the world’s reserve
currency. Also, confidence was kept buoyant by US gold reserves. Large chunks
of bank reserves worldwide, as also debt, is denominated in US dollars. The US
financial markets are dominant to such agree that such influence is not
unwarranted. US Treasury securities represent the most secure store of money.
On account of the sheer size and strength of its economy, the USD wields
enormous clout. The rest of the world needed little persuading to render their
acceptance of USD as a legitimate tender.

The Euro was ‘born’ on January 1, 1999. The predecessors of the
new currency had not been true currencies. The European Unit of Account, and
the European currency unit (ECU) were actually currency baskets that aided
stability. The ECU was crucial in the history of the Euro. The degree to which
this is true is borne out by the fact of 1 ECU being the value of 1 Euro on
January 1, 1999. After this date, the major European currencies no longer had
separate historical FX rates. The USD EUR exchange rate amounted in the
earliest days to 1.1686.

In common with other forex pairs, the EUR/USD pair has had to
react to a number of factors. The most critical factors include the underlying
economy’s vitality and the concerned central bank’s monetary policy.

The Role of Central Banks

Central bank response to crises is key in moulding market
perception of the concerned national currency. For instance, the reaction of
the respective central banks to the 2008 financial crisis was markedly
dissimilar.

The US Fed met the crisis with the release of stimulus in several
quantitative tranches of easing. The European Central Bank (ECB) gave a delayed
response.

In those days of EUR/USD trading, the Fed stimulus, in conjunction
with the sovereign debt crisis plaguing the Eurozone, played a pivotal role.
Even back in 2008, there was speculation as to if one monetary policy would
iron out Eurozone members’ differences.

Predicting the performance of the pair is facilitated first of all
by Fed forecasting. The better your understanding of the US Fed is, the better
would be your appreciation of the EUR/USD pair.  Post-2008, the US Fed has
demonstrably been generous in sharing the metrics impacting upon monetary
policy. A key resource in this regard is the monthly employment situation
report. Non-farm payroll (NFP) data has had a critical correlation to American
GDP. Hence its significance in predictions.

The monetary policy is effectively directly proportional to the
strength of the payroll report. A bleak report leads to the loosening of
policy, while a confident report translates as policy tightening. The latter
implies greater Dollar deposit returns.

However, predicting forex pair behaviour is predicated upon many
factors. Traders must employ complex means in order to have a reliable set of
trading strategies.

One instance of how all this plays out is when non-farm payroll
reports are released. Energetic price movements immediately follow this. In
other words, watching the Average True Range gives you a good measure of how
you should tackle volatility to rake in profits.

Is The EUR/USD Pair Stable?

Despite a persistent trade deficit that’s become a feature of the
US economy, the USD’s role as the world’s reserve currency has permitted
stability in the EUR/USD pair. ROInvesting has a trading platform that will
make forex trading safer for you.

Making sense of the economic and political conditions prevailing
in the 27 EU member states is difficult. It is rewarding to keep abreast of
happenings inside the bigger EU members. As these release data throughout the
day, the value of the Euro is influenced several times daily.

The Euro side of the EUR/USD pair exchange rate is predicated
upon:

The US Dollar side of the EUR/USD pair exchange rate depends upon:

The Mechanics of EUR/USD Performance In Light Of Volatility

One pip, or percentage in points, is a measure of change that
reflects variations in the relations between members of the currency pair. With
respect to the EUR/USD pair, when the change is from 1.1703 to 1.1704, there’s
one point/pip movement.

In order to understand EUR/USD performance, the charts can be read
with the following parameters:

Generally, the following template is followed in evaluating margin
in terms of tiers:

As we are already aware, there are a number of factors impacting
how EUR/USD performance is played out daily. Additionally, a global pandemic
that refuses to go away, combined with a new Presidency, have made evaluations
more complex.

As per latest reports, the USD is climbing, with a bearish market.
The EUR/USD has not been able to break $1.20 to the upside. Whether there will
be a definite break below $1.185 any time soon is a moot question.

As per key sources, 2021 is set to be a year of the rise and rise
of the USD. Economic recovery is underway. The USD is anticipated to appreciate
to the tune of 1.15 against the Euro by the end of the year. An upside for the
USD can actually arrive in a few months from now. The Fed and the ECB have
different approaches to similar challenges facing them.

The easy policy posture of the Fed is ebbing away. While there’s
no danger of early tightening, policy normalisation is expected within a year.
The ECB is looking towards progressive easing.

Unfettered by the absence of Republican support, the new
administration seeks to reinvigorate the American economy by its $1.9 trillion
stimulus package. Through the interplay between the Fed’s normalisation of
monetary policy with such a considerable fiscal relief package, the USD is, in
the end, expected to emerge stronger. ECB policy may tighten earlier.

Wall Street consensus estimates put US growth at 4.1% in the
current year and 3.5% the following year. Another generous reckoning puts the
consecutive growth estimates at 6% and 4.5%, respectively.

US inflation is predicted to arrive above price growth in the EU.

As the rates markets factor in policy normalisation, US -EU
disengagement would lend support to the USD.

Despite the USD’s rally in the news, the market keeps on shorting
the USD.

Conditional upon the US economy outperforming the EU, EUR/USD
trade selling would strengthen the USD by cutting into long positions.

Well, before policy support reaches its limit in the following
quarter, risk asset positioning
will likely peak in the first quarter.

The year has started at record high assets, which leaves little
scope for more upside. The relatively long way to normalisation of the pandemic
situation will be another factor upon which USD propping up will be predicated.

Given
the US focus on reasserting their primacy in world affairs, Fed and
governmental policies will synergise rather than allow conflict. The signs so
far give a picture of robust growth. EU fundamentals being strong, the Euro is
going to provide competent balance vis a vis the USD. Of the 19 Eurozone
members, a few notables wield enough fundamentals to posit a counterweight to
the US Fed. A ROInvesting demo account can let you habituate yourself to the
highs and lows of forex trading. After this simulation experience, you can
assess EUR/USD performance yourself with a live account.