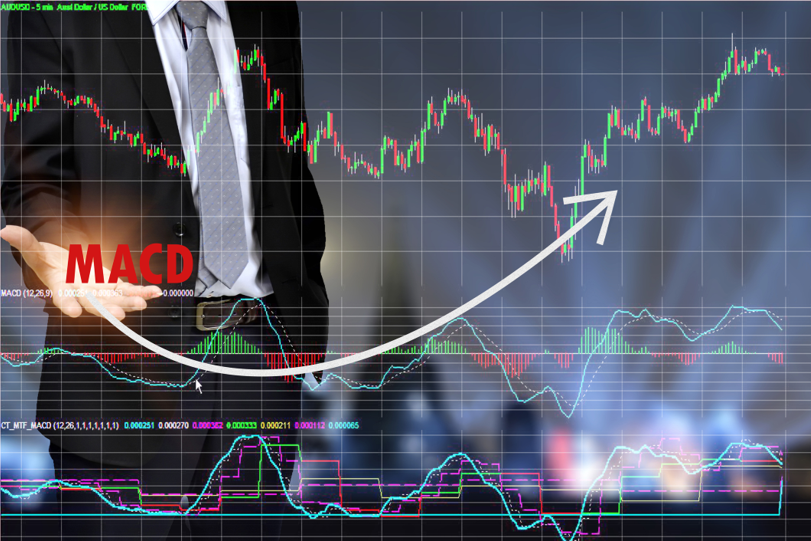 This trading strategy is quite unusual. If I ever came
across a sheer description of it, I would honestly doubt that it could bring
any profit. However, one trader publicly trades MACD divergences just the way I will describe it – and makes substantial
profits. Hence, this approach is worth paying attention to. It suits the
following currency pairs or their futures: EUR/USD, GBP/USD, AUD/USD, NZD/USD, USD/CHF, USD/JPY, USD/CAD. The timeframe is H1 or higher.

A signal to buy by the MACD divergence

For a signal to buy to appear, the following
conditions must be met:

An example of a signal to buy by the MACD divergence: 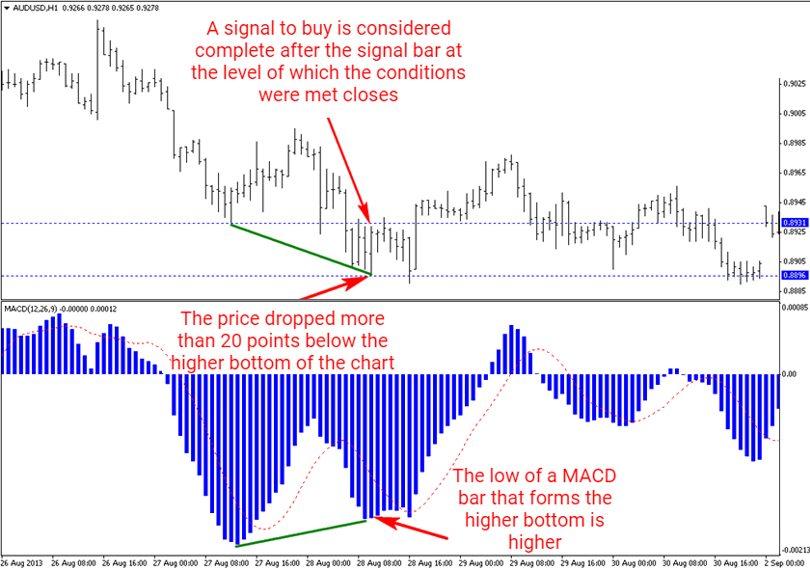 A signal to sell by the trading strategy

For a signal to sell to appear, the following conditions must be fulfilled:

An example of a signal to sell by the MACD divergence: 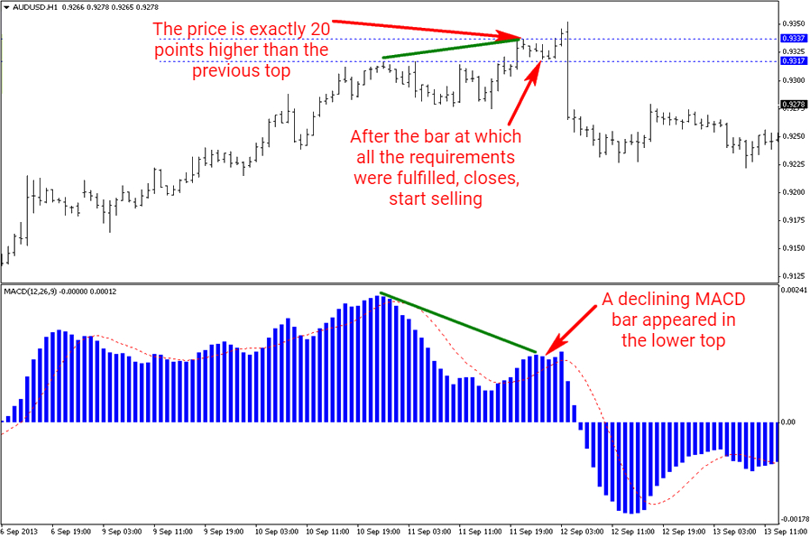 Stop Loss and Take Profit in trading the MACD
divergence

Place a Stop Loss exactly 50 points (500 pips) away from the entry point. Though the
entry conditions will have normally be fulfilled by the moment a local extreme
appears on the chart, so you could hide the SL behind it, stick to the
50-points rule. As in the examples of buying and selling signals, the price quite often tries to go on against the
signal direction, hence, the SL must be wider than it would be behind the local
high/low.

This strategy does not presume transferring the
position to the breakeven or following the position. Hence, this strategy will
hardly suit those traders who are used to grasping at every opportunity to
decrease risks and protect their profit.

Placing a Take Profit is neither required. This is the peculiarity of the trading system:
apart from the SL being triggered, trades are closed manually, only by the
following condition – after the divergence forms, the indicators must “discharge”, reaching or crossing the zero level. As soon as it discharges,
close the position regardless of its result.

This trading strategy will work equally well with risking the same percent of the deposit in
each trade – or with trading a fixed lot as long as each position must have the
same tick risk. Whichever risk-management option you choose, I strongly
recommend against having more than one active position in the market or risk
more than 1-2% of the deposit at a time.

An example of trading by the MACD divergence: 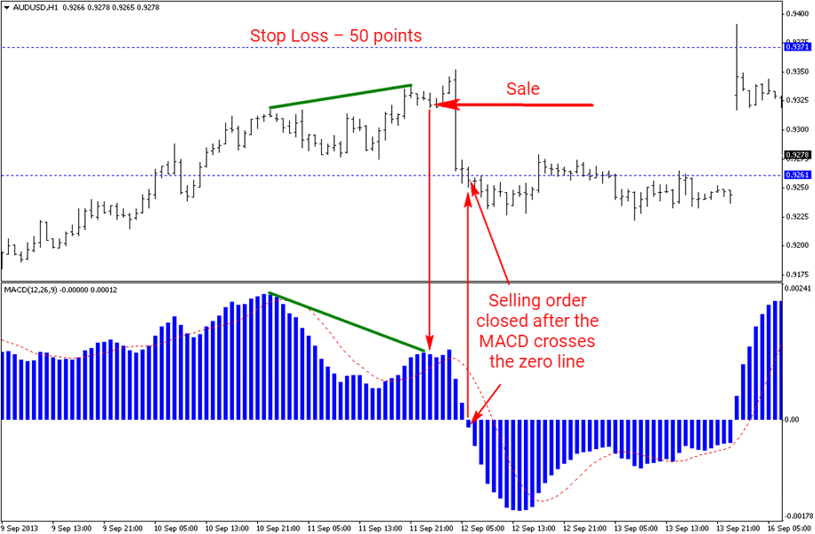 Regardless of the rules being scarce, this strategy is rather formalized. As long as the risk-to-profit ratio is seldom
higher than 1 to 2, pay special attention to the quality of market entries.
Hence, before relying too much on the strategy, take your time to get used to
it.