The USD is mixed

As the North Americans session gets underway, the EUR is the strongest, while the AUD is the weakest. The USD is mixed with a positive bias with gains versus the CHF, CAD and AUD and modest declines vs the EUR, GBP. The green back is unchanged versus the NZD to start the day.  Most of the major currencies are scrunched together indicative of a market that is not too skewed in the favor of one vs the other.  US stocks and most EU indices (sans the Spain’s Ibex – Dax new all time high) are positive.  PMI data was better in EU.  Yields are mostly lower. Gold is higher and Crude is modestly higher as OPEC+ looms.  Biden is looking for a bump up of the corporate tax rate to 28% (from 21%). The US initial jobless claims will be released at the bottom of the hour along with ISN data later this morning at 10 AM ET.  The markets will be closed tomorrow in observance of Good Friday, but that won’t stop the BLS from releasing its US jobs numbers expected to show a gain of 650 K. The Forex market will be open, but bond and stock markets will be closed. 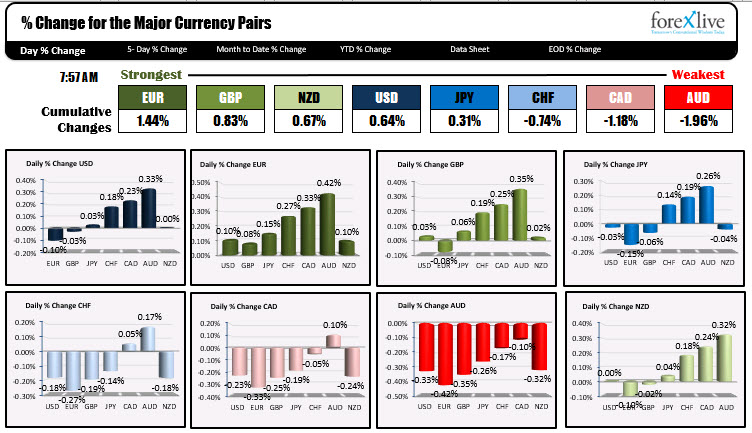 Looking at the ranges and changes, the ranges are relatively modest with most currency pairs under  50 pips for the day.  The AUDUSD , lower into early European trading, but as since rebounded toward the middle of the trading range.  JPY crosses are relatively little changed.  The picture represent the overall lack of excitement in the forex market so far today. 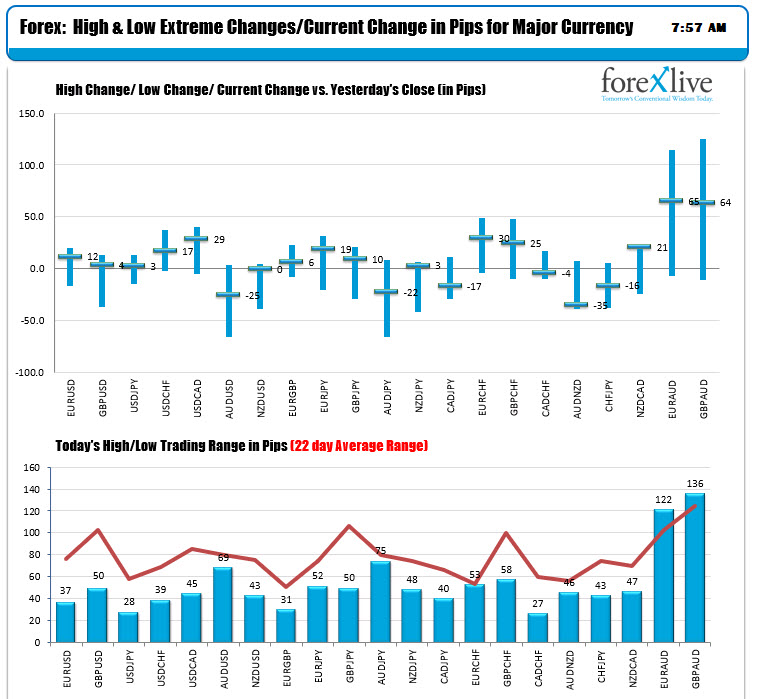 A snapshot of the market currently shows:

In the premarket for US stocks, the futures are implying a higher opening.  April is seasonally a good month for stocks. It also will restart the earnings season (more on that later)

In the European markets, the major indices are mostly higher:

in the US debt market, yields are lower with the yield curve flattening:

In the European debt market, the benchmark 10 year yields are also trending to the downside across the board: