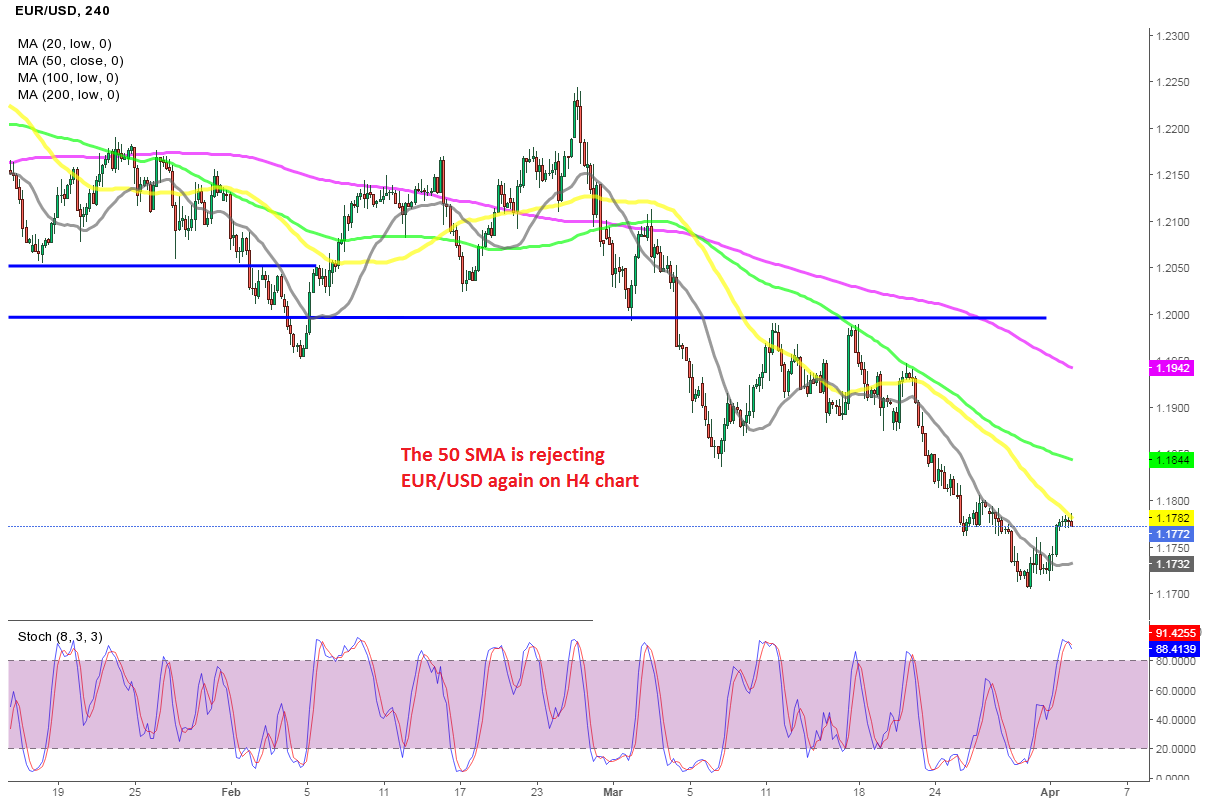 EUR/USD turned bearish in the first week of January this year, after it had been quite bullish since March last year. As a result, this forex pair lost around 650 pips, as it fell from 1.2350s to 1.17 lows on the last day of March.

This means that the trend is now bearish in EUR/USD and in fact, this pair has turned the most bearish among the major ones, so far this year. Yesterday, we saw a retrace higher though, so we decided to open a sell forex signal at the 20 SMA (gray) on the H4 chart, since this moving average had provided resistance last week.

But, buyers pushed higher and the retrace continued further to the upside, taking the price move than 80  pips higher. Our first sell signal, hit stop loss a while ago, but we decided to open another sell position here, just below the 50 SMA (yellow) on the H4 chart.

EUR/USD had been finding resistance there and the stochastic indicator is overbought now, so the pullback higher seems complete on this timeframe. We are short on EUR/USD again now, waiting for the bearish trend to resume.