Currently, NZDUSD’s rate is up 5 pips (0.08%) from the hour prior. This move is a reversal from the hour prior, which saw price move down. As for the trend on the hourly timeframe, we see the clearest trend on the 20 hour timeframe. Price action traders may also wish to note that we see a doji candlestick pattern on NZDUSD. Given that we see downtrend on the 20 and 10 hourly candle timeframe, and that such candlestick patterns often denote reversals, this may be worth noting. Regarding moving averages, it should first be noted that price has crossed the 200 hour moving average, resulting in them with price now being above it. The moving averages on the hourly timeframe suggest a choppiness in price, as the 20, 50, 100 and 200 are all in a mixed alignment — meaning the trend across timeframes is inconsistent, indicating a potential opportunity for rangebound traders.

NZDUSD entered today at 0.70323, down 29 pips (0.41%) from the day prior. Relative to other instruments in the Forex asset class, NZDUSD ranked 35th the day prior in terms of percentage price change. Below is a price chart of NZDUSD. 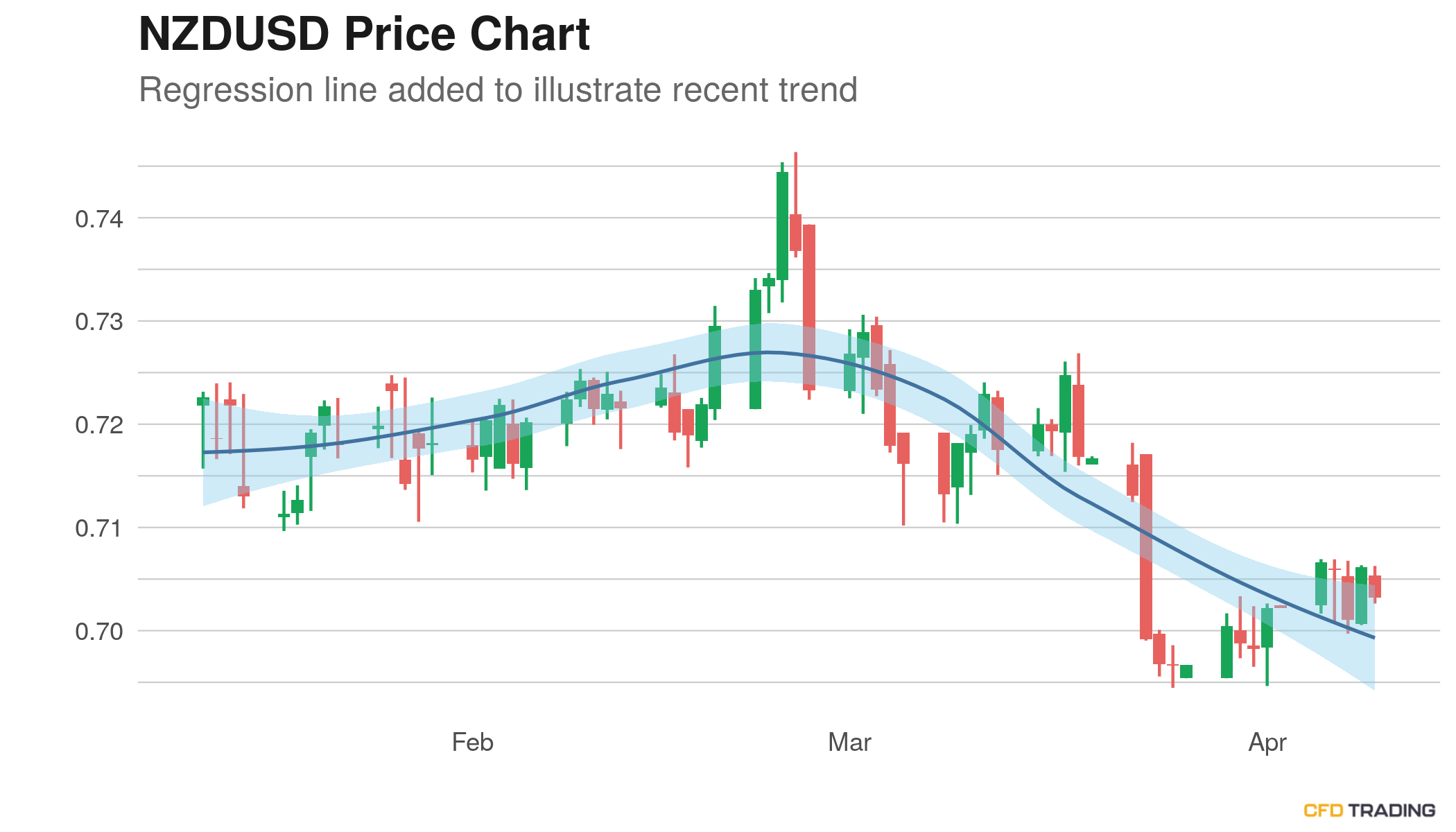 The first thing we should note is that NZDUSD is now close to its 20, 50, 100 and 200 day moving averages, which may act as price barrier for the asset. As for the alignment of the moving averages, well, it’s a bit mixed up; the 20, 50, 100, and 200 do not progress from largest to smallest, or vice versa. The closest is the 20 day average, which is 30.1 pips away. Volatility for NZDUSD has been contracting over the past two weeks relative to volatility over the past month. Whether volatility reverts will be something to watch. The clearest trend exists on the 14 day timeframe, which shows price moving up over that time. Interestingly, a trend in the other direction exists on the 30 day timeframe, where price is headed down. Also of note is that on a 90 day basis price appears to be forming a base — which could the stage for it being a support/resistance level going forward. For additional context, note that price has gone down 8 out of the past 14 days.