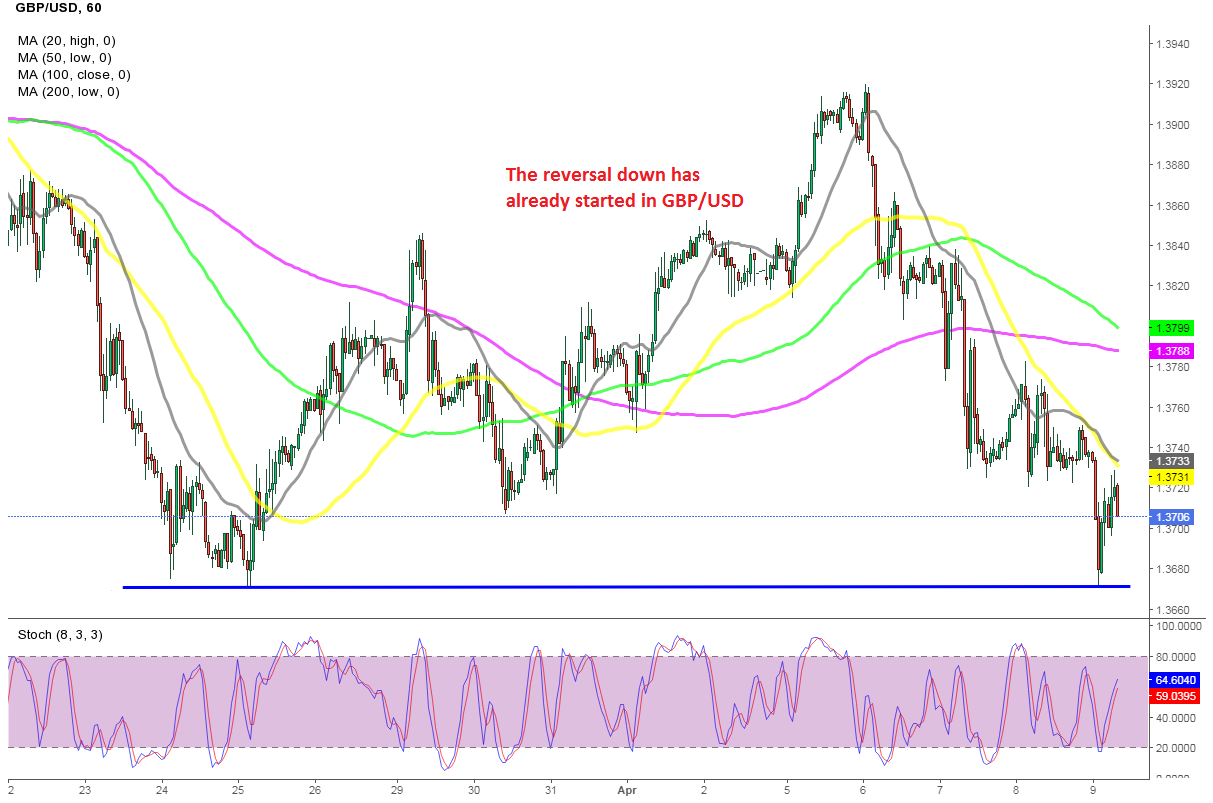 The GBP turned bullihs at the end of December, after UK and the EU reached a trade deal, validating the Brexit deal, otherwise Brexit would be irrelevant without a trade deal. As a result, GP/USD climbed around 10 cents, moving above 1.40 for two months.

But by the end of February the USD decline stopped and the Buck started reversing higher, sending GBP/USD lower. Although, a support zone formed around 1.3670, where we saw this forex pair bounce 250 pips higher.

The decline resumed again but today we saw another retrace higher during the European session, which took the price to the 50 SMA (yellow) on the H1 chart. This moving average has provided support and resistance before, so we decided to open a sell forex signal up there.

The stochastic indicator is almost overbought, while the USD is starting to turn higher now, so we sold this  pair, which is turning bearish already. Now let’s hold until the price reaches out rate profit target.