The
focus was on data flow during the session here today with Australia’s
June employment report and China’s Q2 GDP and June ‘activity
data’.

It
was another strong jobs report from Australia, most notably for
the unemployment rate, which dropped under 5% to its lowest since
December 2010, coming in at 4.9%. The Reserve Bank of Australia was
looking for the rate to drop below 5 sometime in the final quarter of
this year, its done so well ahead of their expectation. Of course, a
tougher July could well be in the pipeline due to the Sydney
lockdown. However Melbourne was in lockdown for (most of) the June survey
period and still the report was a good ‘un, so bear that in mind as
we approach next month’s release.

The
Australian dollar was little bothered by the data release, its
dribbled a little lower more or less without respite since the US
markets shut up shop for the day. Down 25 or so points. And, as I post its a little lower still.

NZD/USD
is down also, but by a larger number of pips. EUR, GBP, CAD, CHF are
all down against the big dollar by varying (small) amounts also. Yen
has managed a small gain against the USD.

The
China data focus was on the June data rather than the more dated Q2
GDP. Industrial production, retail sales and urban investment all
rose a little faster than they did in May, which is welcome news for
the Chinese economy that has lost a little momentum in the past few
months. Combined with the trade data improvement seen earlier in the
week its a bit of encouragement for China trades.

The
People’s Bank of China injected funds via a one-year Medium Term
Lending Facility operation; 100bn yuan at 2.95% (an unchanged rate
from the previous operation). This, however, did not nearly offset
the 400bn yuan of MLF maturing today. 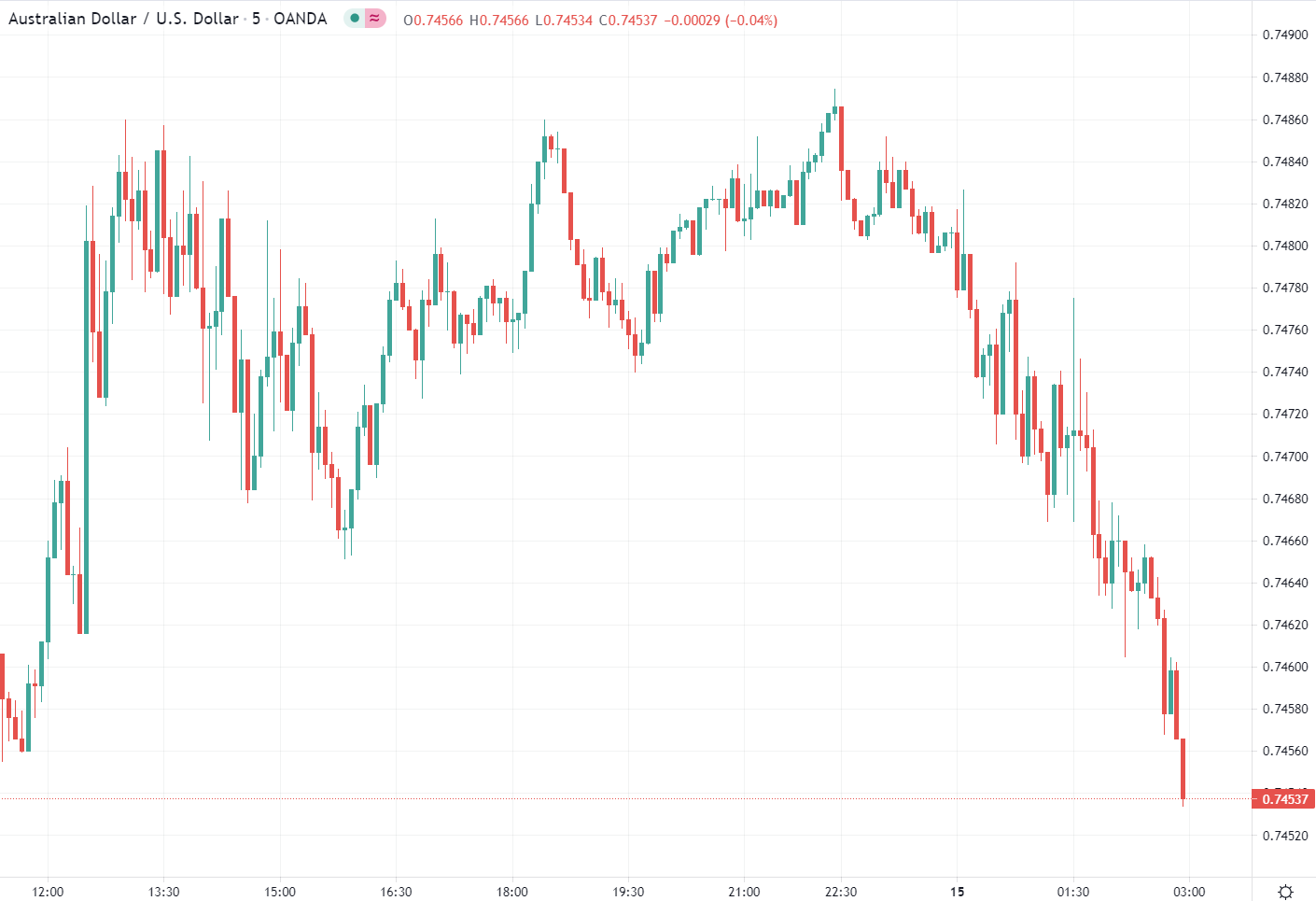