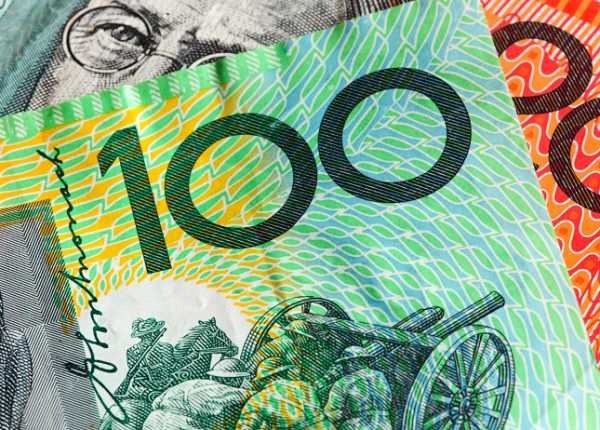 The Australian Dollar is trading higher against its weaker U.S. counter-part on Tuesday ahead of U.S. inflation data, but domestic pandemic lockdowns helped cap the Aussies gains.

Traders ignored a measure of Australian business conditions that showed falls from record highs in June as coronavirus lockdowns curbed sales and undermined confidence, though activity was still solid by historical terms.

Australia business confidence weakened in June due to a rising number of infections in New South Wales and subsequent lockdowns, survey results from the National Australia Bank showed on Tuesday.

The business confidence index dropped to 11 from 20 in May. The decline in confidence was led by declines in NSW and Queensland. Confidence weakened in all industries except mining and manufacturing.

If the CPI comes in lower than expected, the Fed would feel slightly less inclined to ease its asset purchases, which could support the Aussie, but if it is concerned about inflation, it is more likely to address tapering stimulus, underpinning the U.S. Dollar.

The main trend is down according to the daily swing chart. However, momentum has been trending higher since the formation of a closing price reversal bottom on July 9.

A trade through .7410 will negate the closing price reversal bottom and signal a resumption of the down trend. The main trend will change to up on a move through .7599.

The AUD/USD is currently testing the upper level of a long-term retracement zone at .7499 to .7379. This zone is controlling the near-term direction of the Forex pair.

The direction of the AUD/USD on Tuesday is likely to be determined by trader reaction to .7499.

A sustained move under .7499 will indicate the presence of sellers. The first downside target is .7457. Buyers could come in on the first test of this level. If it fails then look for the selling to possibly extend into .7410, followed closely by .7379.

A sustained move over .7499 will signal the presence of buyers. This could trigger a quick surge into .7505 to .7527. Look for sellers on the first test of this area. They are going to try to form a potentially bearish secondary lower top.

Aggressive counter-trend buyers will try to take out .7527. If successful, this could trigger a strong short-covering rally into .7593 – .7599.