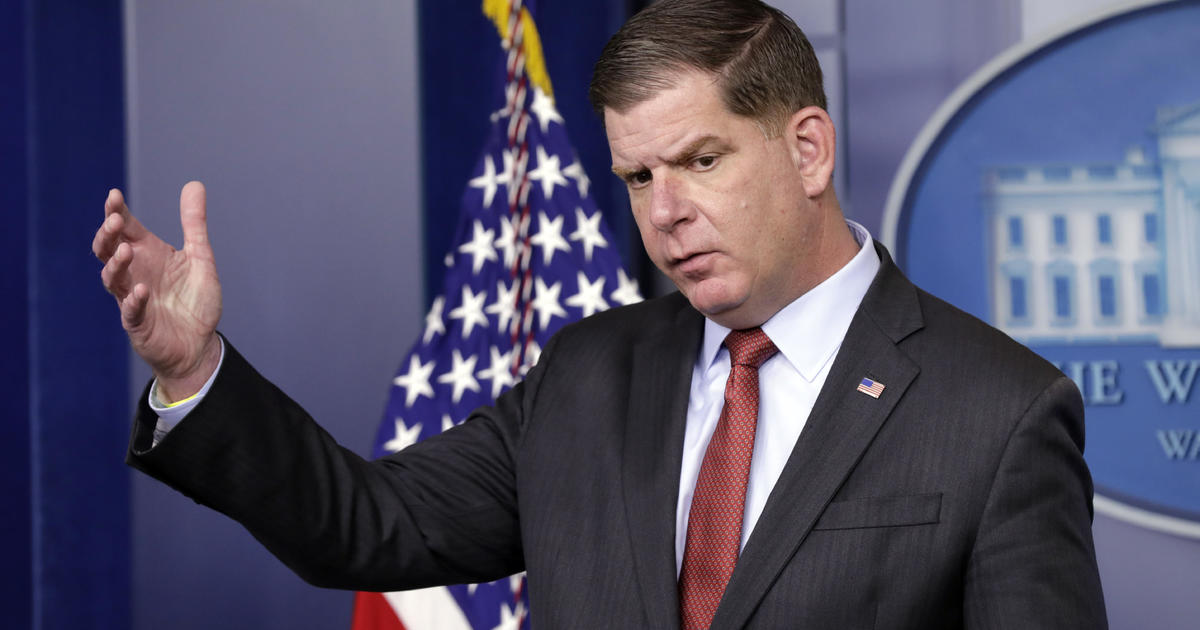 Labor Secretary Marty Walsh thinks many gig workers should be categorized as employees with health and retirement benefits, a stark reversal from the policies of the Trump administration.

The top U.S. labor official expressed his views on gig workers for the first time in an interview with Reuters on Thursday.

Companies including Uber and Lyft, food delivery businesses DoorDash and Grubhub, and grocery shopping services Instacart and Shipt employ millions of workers across the U.S., most of whom work part-time. The technology companies that control these workers have long contended that they are independent contractors. California voters last year voted in favor of a ballot initiative, heavily bankrolled by gig companies, that would permanently bar them from having employee status and the job benefits that go with that.

But such arrangements deprive gig workers of minimum wage or overtime protections and shifts many traditional employer costs, including payroll taxes and unemployment insurance, to the person working on contract.

This dynamic has been on sharp display during the coronavirus pandemic, when Congress stepped in to extend unemployment benefits to gig workers and other freelancers who would not normally be eligible for such jobless benefits. Even so, many Uber and Lyft drivers reported problems accessing the new benefits in the spring of 2020, blaming the companies for delaying their payments.

“If the federal government didn’t cover the gig economy workers, those workers would not only have lost their job, but they wouldn’t have had any unemployment benefits to keep their family moving forward,” Walsh told Reuters.

Shares of Uber, Lyft, DoorDash and Fiverr fell after Walsh’s comments. Treating gig workers as employees would raise costs for these companies, many of which have been unable to consistently turn a profit even after going public.

“Investors understand that they can only profit if gig worker exploitation continues,” tweeted Gig Workers Rising, a collective of gig worker activists.

The App-Based Work Alliance, which represents gig companies that operate on app platforms, claimed that most gig workers prefer their current arrangement and “do not want to be reclassified into a rigid and outdated employment model.”

Walsh told Reuters that the Labor Department would speak with gig companies to ensure that workers have steady wages, health benefits, sick time and “all of the things that an average employee in America can access.”

The stance is a reversal from the Labor Department under former President Donald Trump, whose administration sought to narrow workplace protections, including one finding that gig workers using an app were independent contractors.

A U.K. tribunal also recently found that app-based drivers should be treated as workers and entitled to minimum wage and sick pay.