Billionaires Peter Thiel, Louis Bacon and Alan Howard are among the backers of a new cryptocurrency asset exchange that will bet heavily on decentralised finance radically reshaping trading and investment in digital assets.

The venture, run by blockchain software company Block.one, will be called Bullish Global and has been capitalised with more than $10bn in cash and digital assets ahead of its launch later this year.

The decentralised finance, or DeFi, market has grown from about $15bn to $65bn since the start of the year, according to analysts at JPMorgan. Supporters say DeFi has the potential to disrupt traditional markets by building a system that bypasses the custodian, record keeping and trading roles that are typically reserved for banks, brokers or exchanges.

Block.one has said it will offer automated market making on a decentralised exchange, a development that could potentially offer a radically different way for investors to trade on markets.

Instead of using a traditional market maker to persuade buyers and sellers to trade on exchanges, investors will be able to deposit their own assets into a smart contract and let automated computer code handle buying and selling with interested parties. The smart contract will hold funds and take in data, as well as performing settlement and clearing.

Owners of assets are incentivised by sharing in the pool of fees that are generated by trading activity. This would replace the so-called “spread” that market makers earn on the difference between the price they pay to purchase assets and the level they are sold at. The process has been compared to YouTube because investors can generate and upload their own content, bypassing established intermediaries.

Because all information, including market data and transaction history, is publicly available but anonymous, some experts describe cryptocurrency as the world’s most difficult market to trade in.

Trading volumes on decentralised exchanges such as Uniswap and PancakeSwap, which uses the cryptocurrency exchange Binance’s blockchain, have surged in recent months as traders experimented with the technology and leveraged their gains in other speculative cryptocurrencies.

Monthly trading activity on Uniswap has repeatedly surpassed that of Coinbase, a listed cryptocurrency exchange. Dave Olsen, president of electronic market maker Jump Trading, said on his corporate webcast last month that DeFi was a potential “game changer” for markets over the next 10 years. 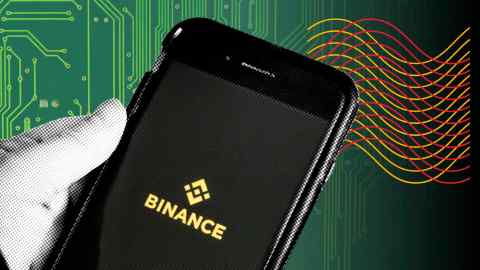 “The intermediaries, the rent-seekers, in financial markets that exist today could very well be disrupted by parties being able to interact directly on [block]chain,” he said.

“Bullish’s sheer size and scale combined with Block.one’s experience in high-performance blockchain engineering will make Bullish a formidable player from day one,” said Novogratz, a longtime investor in cryptocurrency technologies.

Bullish will use $100m, 164,000 bitcoins, 20m of its own crypto token EOS and an additional $300m strategic investment round for the $10bn capitalisation. Block.one will use its own blockchain, EOS.IO, to handle the business.